A New Way to Cheer: Buying Shares in an Athlete 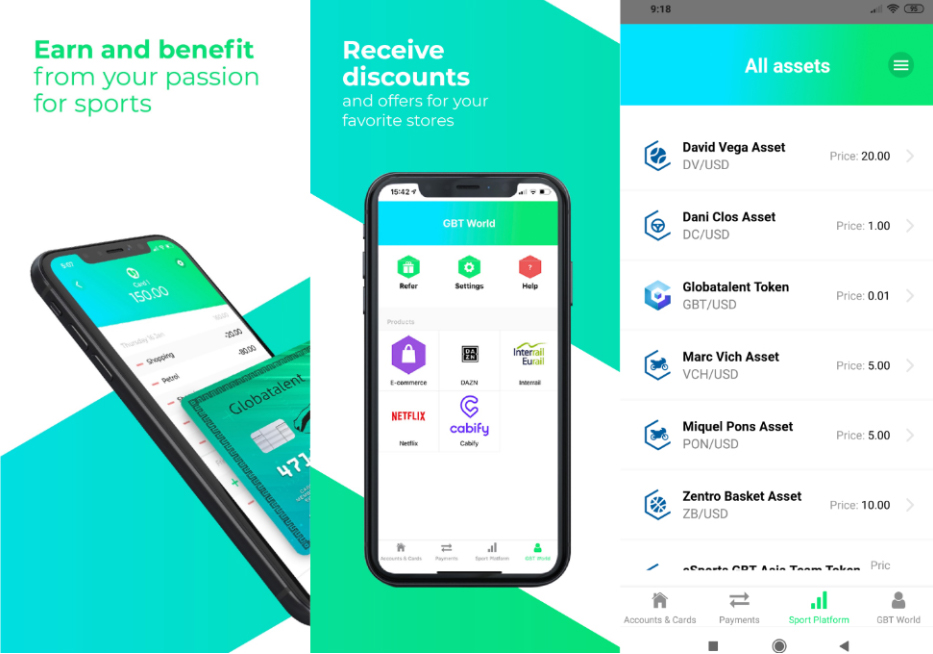 The global sports market is worth a whopping 488 billion USD and encompasses 97% of the world’s population, according to a 2018 study. Perhaps it’s no surprise that innovators in the field are constantly on the lookout for ‘the next big thing’. Esports, wearable technology, and virtual reality are all emerging verticals in the field of sports tech, signaling lucrative opportunities for investors.

But one opportunity that hasn’t garnered as much attention is the opportunity to buy and sell shares of your favorite clubs and athletes – just like a publicly traded company on the stock market.

This is the goal of sports tech startup Globatalent: an online platform that allows fans to invest in the careers of future sports stars and receive part of their future incomes.

“We always like to say, ‘imagine getting the opportunity to invest early in Michael Jordan’s career,’” says CEO Sunil Bhardwaj. But according to him, the benefit is for more than just the fans alone.

“What the club gets is funding and increased fan engagement,” says Bhardwaj. “[Users] will engage, comment, watch more content, read more news – in short, clubs get another avenue for funding.”

The benefits extend to the players themselves, who often lack revenue at the start of their careers. “[Athletes] need more flexibility and ownership over the value we bring to the league,” said NBA athlete, entrepreneur and philanthropist Spencer Dinwiddie in a 2019 press release. “This empowers us to make stronger and smarter financial choices [and] create terms that work better for us.” 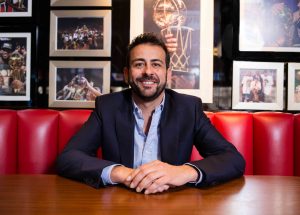 Sunil Bhardwaj, CEO of Globatalent, has worked over 20 years for the Asociación de Clubs de Baloncesto.

Bhardwaj’s company has positioned itself where the three groups meet: an online fundraising platform for rising stars, a fan engagement site for local clubs, and a way to turn a passion into a profit for sports fans.

According to Bhardwaj, who worked over twenty years as a General Manager for the Asociación de Clubs de Baloncesto, Globatalent leads a wave of fan engagement technology within the sports industry. “Fan engagement is changing,” he says. “The fan is becoming a main actor.”

It’s a trend that has investors scrambling. “The sports market has the opportunity to be a multi trillion-dollar ecosystem,” says Gayatri Sarkar, managing partner at Hype Capital. “As the infusion of deep tech continues in smart venues, gambling, performance biometrics and many more sub-verticals where data is the engine, we’ll naturally see more and more deep tech investors entering the sports investment landscape.”

Traditionally, startups in the sports industry have based their business model on a core sports stakeholder: generally a sports team, a league or their properties. Relationships with these audiences require a lengthy sales process and make cents on the dollar compared to partnerships with other industries.

But the growth of the fan engagement sector has allowed new opportunities to emerge.

“Years ago organizations did not care about their followers, only about having spectators, but now with globalization they understand that a fan can be anywhere in the world,” says Bhardwaj. “Technology brings the fan closer to athletes and clubs or franchises.”

With a new service like Globatalent, fans are incentivised to support their favorite clubs and athletes. New fans hoping to turn a profit might jump into the scene and start tracking injury history, criminal records, and season schedules of high-profile stars.

Regardless of the distinction, it’s clear that Globatalent is drawing attention. The company recently attracted Javier Saviola as an investor, and the former Argentine international great could signal an influx of backers in the company.

In an industry as large as the sports industry, innovation is the name of the game. And like its athletes, rising star Globatalent might just be the next big thing.