All eyes are on Digital Health. The health industry is changing fast as treatment is turning into prevention and monitoring. The National Institute of Neurological Disorders and Stroke (NIH) believes that, “Diagnostic tests and procedures are vital tools that help physicians confirm or rule out the presence of a neurological disorder or other medical condition”. Nocturne and Oxipit are using Artificial Intelligence and Machine Learning to create softwares that do that.

Extending the health of people with neurodegenerative disorders.

An aging population is great news but it means that in Europe alone, more than 10 million people suffer from neurological disorders such as multiple sclerosis, neuromyelitis optica, Parkinson’s disease and Alzheimer. 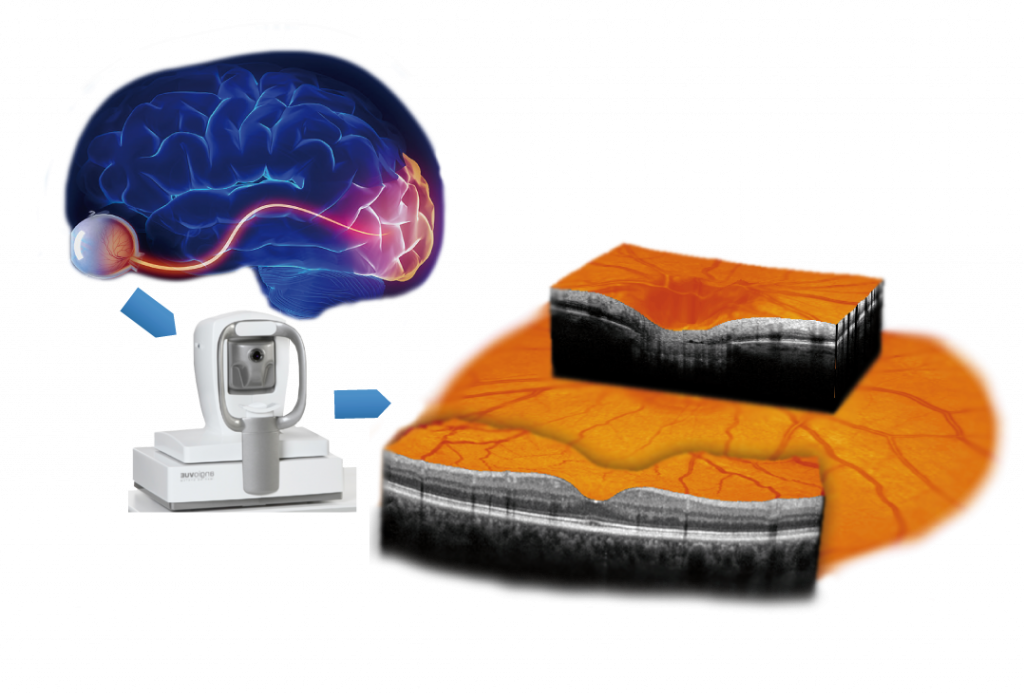 The team is led by co-founder Dr. Ella Kadas (CEO) who is a medical image analysis specialist and co-founder Dr. Sunil Yadav (CTO) who is a mathematical modelling expert. The Nocturne technology was developed by Kadas during her PhD and Postdoc studies at Charité – Universitätsmedizin Berlin on which Yadav also worked on during his PhD studies. Third co-founder, Dr. Alexander Brandt,  is a clinical neuroscientist, neurodiagnostics expert, and serial entrepreneur. They are supported by Dr. Friedemann Paul who is a scientific advisor and neurologist at Charité, which is where the Nocturne team met. Nocturne is proud of its three patents and exclusive licensing option from their work at Charité. 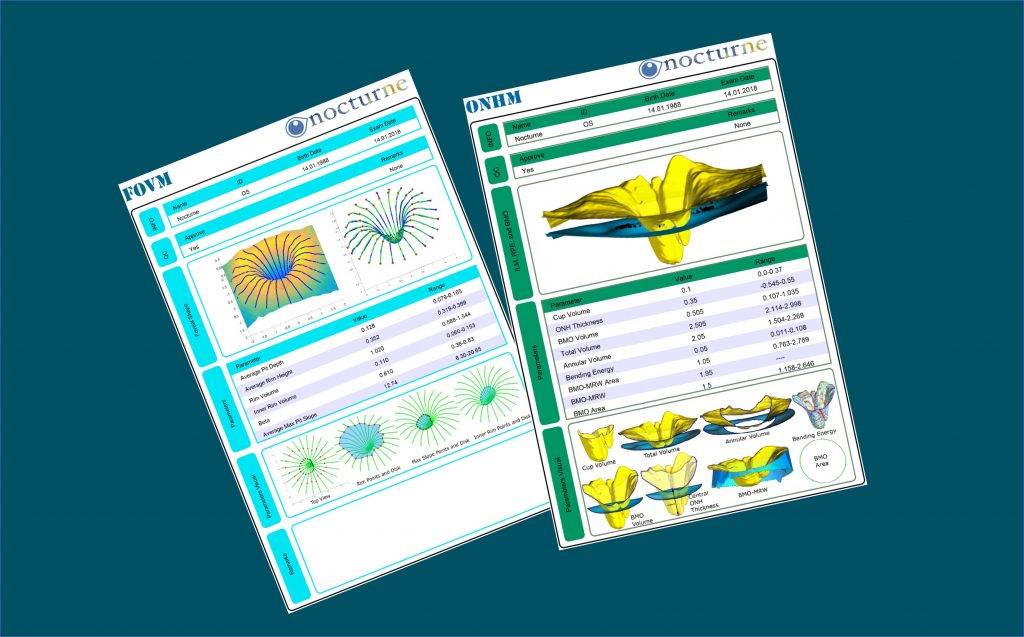 The service increases the quality of life for patients with neurodegenerative disorders and operates by receiving data from a standard optical coherence tomography (OCT) device, which is used in ophthalmology. In combination, diagnostic and treatment decisions in relevant neurologic disorders, in which early treatment response are greatly beneficial to the clinical outcome can be sped up. The long term goal is to create a specialized neurologic OCT, which can be built in cooperation with strategic partners. The Nocturne software is incredibly unique and has the potential to revolutionise the way we treat and diagnose neurodegenerative diseases.

Chest X-rays are the most frequent medical imaging modality with 2 billion studies performed every year. This number is growing by 100 million every year. Each of these images has to be reported on by a radiologist. Oxipit has developed an AI solution that takes a chest X-ray image as an input, and generates a full report as if written by a radiologist. It’s called ChestEye and it saves time and increases reporting accuracy of radiologists while allowing them to stay in complete control.

The startup boasts a founding team of top technical and medical talent. Gediminas Pekšys is CEO and has a BA in Mathematics from the University of Cambridge and seven years experience in data science, consulting and research engineering. Jogundas Armaitis is COO and has a PhD in Theoretical Physics from Utrecht University, 11 years experience in model building, he also was a Marie Skłodowska-Curie Individual Fellow. Darius Barušauskas who is number 4 in the world in the Kaggle Global Data Scientist Ranking is responsible for the analytical side of the product. Jonas Bialopetravičius who is head of technology has nearly 10 years computer vision experience and has worked with the current generation of AI (deep learning) technology since its inception in 2012. Lastly, Naglis Ramanauskas is a medical doctor and a radiologist with a deep interest in AI. The Lithuanian startup has won the biggest computer vision competition, The Nature Conservancy Fisheries Monitoring Competition, in 2017, the EITHeath Innostars award in 2018 and Intel announced them as Winners of Cervical Cancer Kaggle Competition in 2017. 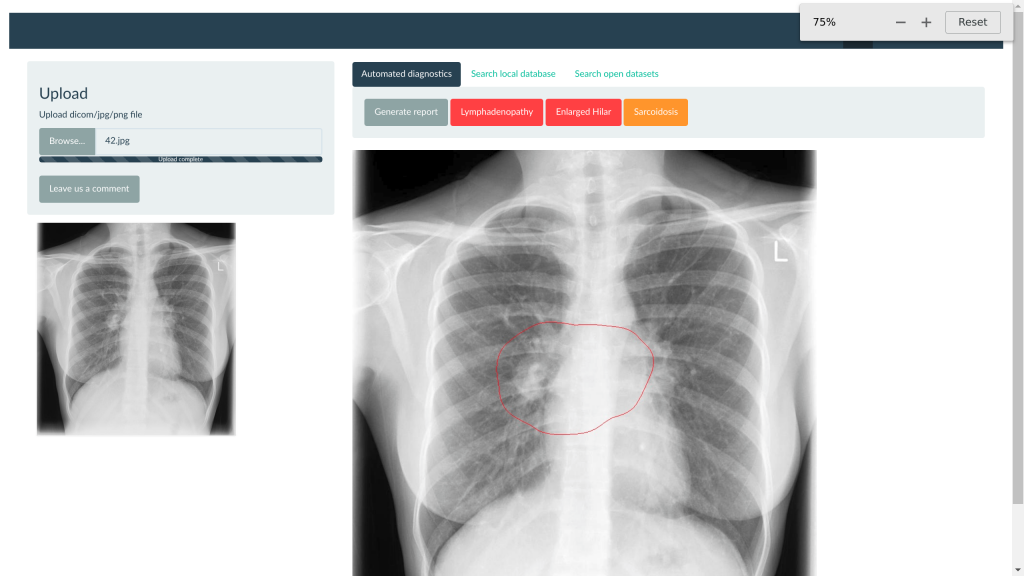 The Oxipit ChestEye software provides 75 radiological findings and covers everything from diseases of the lungs, heart, lymphatic system to placement of medical devices. How does the current system work? The patient visits a doctor, a chest X-ray is ordered, the X-ray is taken by a radiographer and the image enters the system and then the radiologist writes the report. With Oxipit ChestEye, once the image enters the system, a preliminary report is generated. This means that when the radiologist starts reporting on an image they already have the report in front of them and can approve it immediately or add changes. Oxipit’s solution saves time by generating preliminary reports and increases accuracy by making it harder to overlook important details. It already possible to integrate ChestEye into the reporting routine of a radiologist and ensure that there are no changes to the workflow, no new user interfaces or extra waiting time.

We are excited to hear the teams pitch and to celebrate their progress over the three month journey at our Demo Day on November 27.