Why do we go to Paris? Simple, it is the center of European foodtech.

Why do we go to Paris? Simple, it is the center of European foodtech.
November 8, 2018 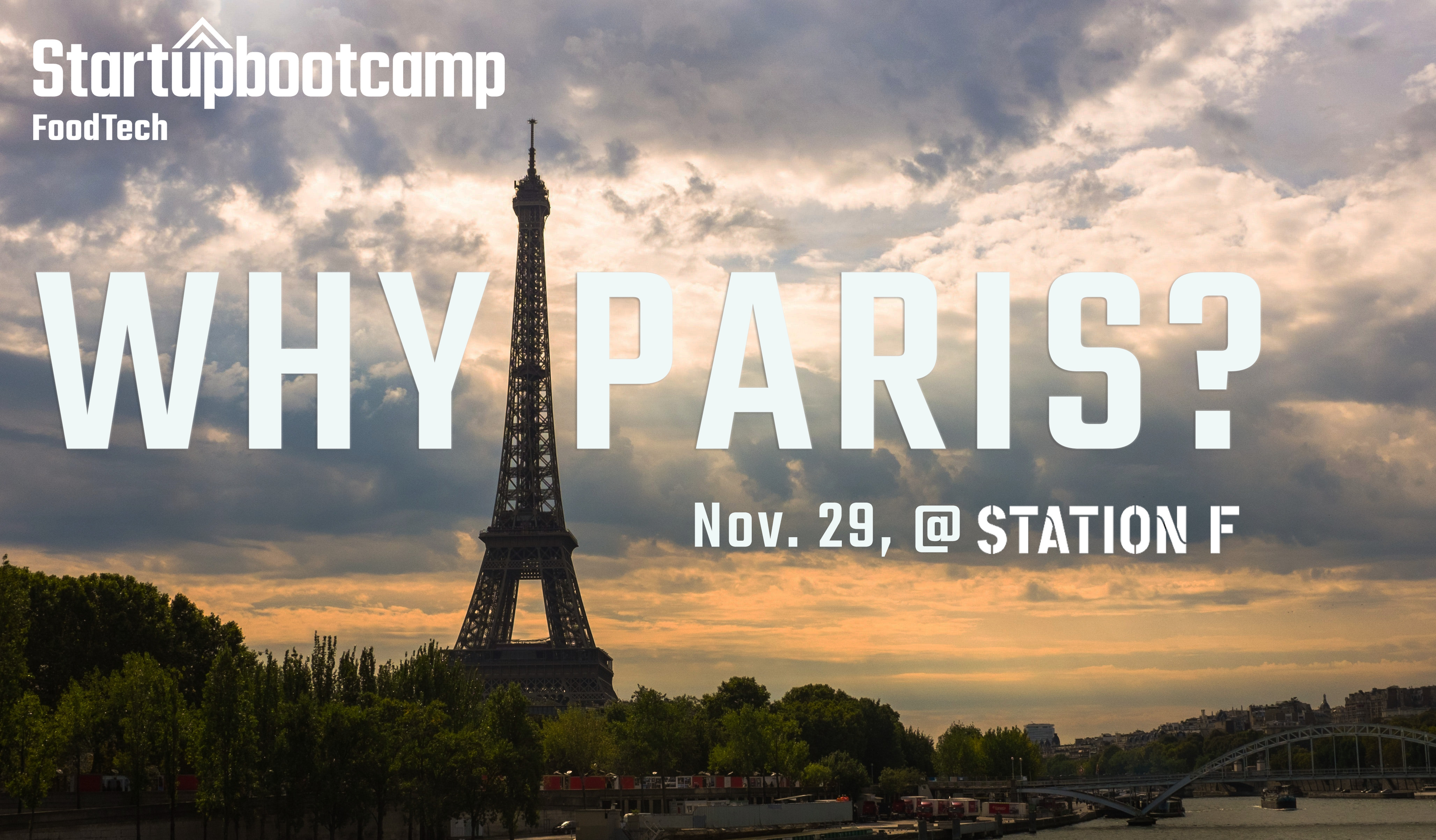 With over 100 foodtech exits, the European foodtech ecosystem is booming. At center of it, Paris stands out as the metropolitan startup hub with the largest number of investor deals.

This year we’ve made a big change to our foodtech program. Contrary to the past events, we’ve decided to hold our Demo Day not in Rome, where our accelerator is based, but in Paris, at Station F, the largest startup campus in the world.

“So, why Paris?” I’ve been frequently asked since announcing this year’s Demo Day. “Why Paris, and not London or Berlin?”. Well, of course, most people know by now that the Paris ecosystem has experienced tremendous growth in recent years. In just four years, investments in startups have grown more than tenfold from €255 million in 2014 to €2.7 billion in 2017. The growth has persisted and now Paris seriously challenges the leadership of the other main European metropolitan hubs of innovation.

Yet there is more than just that. In October this year, two brand new reports have hit the press sharing some much-needed insights into the bursting European foodtech ecosystem. The big news is that foodtech is way past the stage of just mere buzz. It is now a real big game in Europe. Out of ca. 30 European unicorns that have come to light in recent years, 9 operate in the food space only. Not surprisingly, as you may read in the first report, authored by Five Season Ventures and Deal Room, investors have been pouring in 2017 some €1.7 billion euros into European foodtech startups alone. That’s about 10% of all the capital invested in European startups last year. 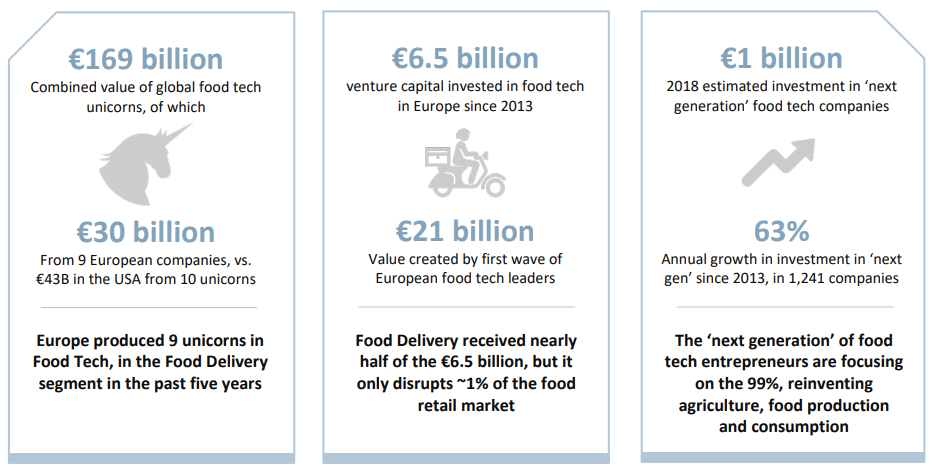 And yet, talking about unicorns is just as scratching the surface of the vast amount of M&A that has been taking place in the foodtech space, with unicorns such as Deliveroo, Just Eat and Takeway taking the lead –  even compared to traditional food giants – in generating exits for happy investors who took their foodtech bets in the past. Foodtech unicorns have now totaled over 70 acquisitions, compared with ca. 40 by traditional European players.

And once again, why Paris? Simple, Paris leads, and by far! Paris is not only the metropolitan hub with the largest number of foodtech deals sizing more than €500k, but its leadership is so strong that with 70 deals during the period 2014-2018, it actually doubles the 35 registered by second classifier – London. Here, it helps to dig into the second report, authored by DigitalFoodLabs, which provides bountiful extremely insightful data on the European and French foodtech ecosystem. The Paris lead is just a part of a more general French lead, with over 170 deals during 2014-2018, over all other European countries.

France already boosts the second largest agrofood industry sector in Europe. You can see how it is setting up itself to become number one in the near future.

Ok, but then, why is all this so important for an accelerator as Startupbootcamp FoodTech?

Demo Day is the climactic moment at the end of each year’s program when all the startups accelerated in our 3-month program are presented to investors and corporations. We are an accelerator based in Rome and, therefore, in the past years, we always held our Demo Day in the Eternal City. Yet, the €500k+ deal range is exactly where the startups, coming out of our program, are heading to. And Paris is exactly where this market is at its hottest. Don’t be surprised if we want to be where the market is. And Paris is always worth a Mass.

Want to join our Demo Day and have a closer look? Request your invitation, a few seats left!

Managing Director of Startupbootcamp Italy and CEO of eZecute, is an entrepreneur with 20 years’ experience in the digital and media industries. His experience ranges from operating as manager, board member and CEO for large companies and startups, including such names as RAI, Kataweb, Tiscali, Postecom, Terra News, and as executive consultant and advisor for startups, investment funds and Government bodies. With a Master in Science degree in Theoretical Physics, he combines a strong technological background with solid business and financial experience. Active business angel, mentor, public speaker, regularly reporting in the Italian press.