Industry Spotlight: How insurers and consumers can benefit from a more connected world in automobiles

Industry Spotlight: How insurers and consumers can benefit from a more connected world in automobiles
May 16, 2018 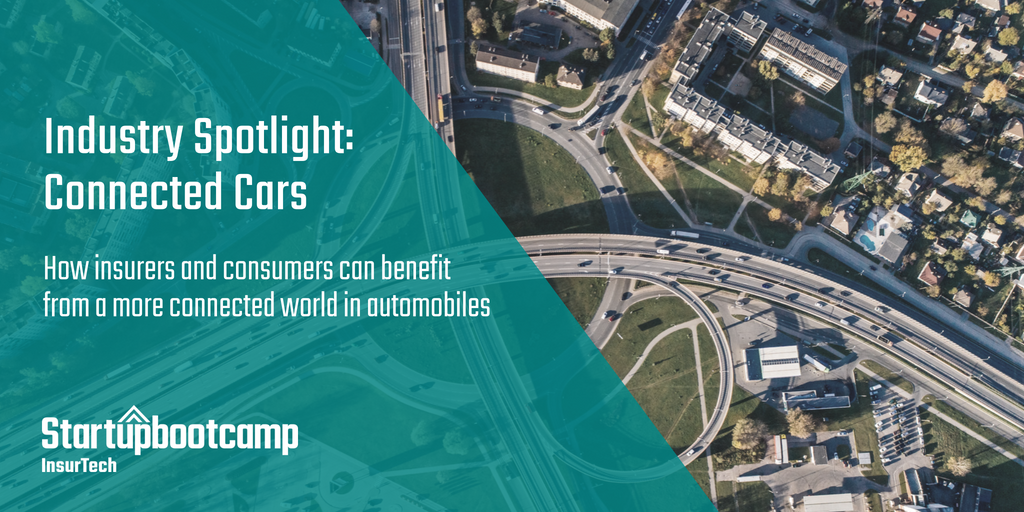 The first car capable of transporting a person can be traced back to the creation of the steam-powered automobile in 1769. Since then, we’ve seen the drastic transformation of cars, including different engine classifications, various fuel types (or lack thereof), number of seats for passengers, body styles, inclusion of GPS and other tech, and more.

In recent years, we’ve seen the emergence of connected cars — or cars that are built with internet access that allows them to connect to other devices that are both inside and outside the car. The first connected cars were those equipped with OnStar and brought to market in 1996 by General Motors. OnStar provides multiple in-vehicle services, such as emergency calling, automatic crash response, and stolen vehicle assistance. After this, more car manufacturers began to follow suit, and connected vehicles became more advanced, including GPS location functions, turn-by-turn directions, car diagnostics and health reports, and WiFi hotspots. More modern connected cars are able to sync with apps that can interact with the car in different ways, such as unlocking the doors from a distance, finding the location of the car, and setting the temperature inside the car remotely. 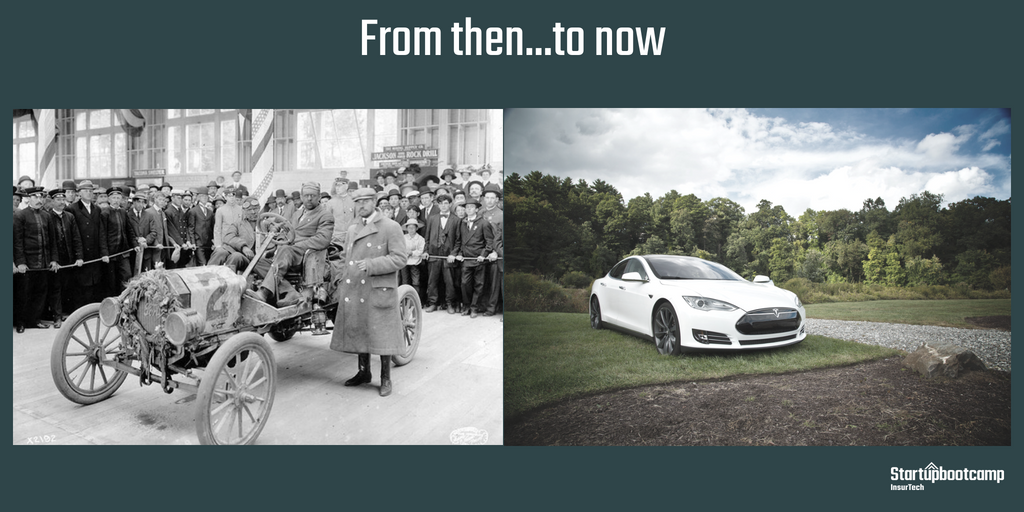 Because connected cars are connected to other cars, devices, and essentially the world around them, the car has the ability to supply useful information so the driver can make safer and more informed decisions, such as taking Route B in order to avoid an accident on Route A. The distinction being — connected cars don’t make choices for the driver, rather they supply information to the driver.

Autonomous cars can independently drive themselves. Currently, the level of automation manufacturers are comfortable putting in mainstream cars includes auto-collision avoidance and self-parking features. While fully-autonomous cars, which do not need a human driver or any human intervention, are still being tested.

There is a lot happening in the autonomous car space, some of which is being addressed by our corporate partners:

“Autonomous vehicles are probably one of the most complex use cases of connected ecosystems in the world. While they represent –today– a real challenge for some industry participants, I believe society will hugely benefit from this technology, providing insurers help make it a commercial (and insurable) reality.

As a global insurer that is looking to the future, XL Catlin started supporting the adoption of mobile robotics solutions in 2016, through a partnership with a company called Oxbotica that designs autonomous control systems. We also joined, last year, the DRIVEN consortium, an Oxbotica-led cross-industry initiative that will deploy an autonomous fleet of cars operating at level four autonomy between Oxford and London, a first in the world.

The close collaboration with Oxbotica is enabling us to ingest, analyze and create insight from the huge IoT datasets to create real time risk management solutions for autonomous technology. As the technology is developed and refined, this gives us an incredible opportunity to embed risk management in the design of the technology and puts us at the forefront of those ground-breaking innovations.”

New cars, especially, have various sensors embedded in them that can deliver a lot of useful information that can be useful for various parties. One of our InsurTech startups, vDEXI is working in this space by collecting data from collected cars, and is using this data to benefit different parties:

“for car owners, we are providing a service that increases the second hand value of the car. For car manufacturers, our service means that they can improve the off the market revenue and the overall profitability,” says vDEXI co-founder, Peter Hagelin.

“by giving them a new way of finding new customers and onboarding them. And also providing them with more data so they can make better risk assessments, and, finally, helping them avoid fraud by having data available at the event of an accident.”

Sensors in cars can be more complex than simply temperature, proximity, and light sensors. In one of his articles, Nigel Walsh, Partner at Deloitte and a Startupbootcamp InsurTech Mentor, states that Formula 1 are the most advance when it comes to sensors, saying:

“The connected car is yet another blunt instrument providing oodles of data back to organizations that allow you to use it. As in most of these cases, there is always a pioneer, and in the world of motoring it’s usually Formula 1, followed quickly by Mercedes in the consumer markets, before it filters down to other manufacturers.”

He then discusses the prime and precise example of how telemetry is used in Formula 1 to transmit specific data, such as performance, temperature and pressures then sent to data engineers for analysis, and then to the driver to make adjustments where needed.

What does this mean for insurance?

Naturally, this level of connectivity is providing mass amounts of data, which is having an impact on the insurance industry. Insurers will soon be able to harness this rich data seam, and capitalize on the sophisticated data that connected cars collect on their drivers. When telematics were introduced over ten years ago, it allowed insurers to know how fast their drivers were driving, and how quickly they braked. Connected data takes this to the next level; insurers can measure the minutiae of driver behaviours – like when and how often drivers take their eyes off the road.

Usage of connected cars is on the rise, but the technology comes with its own challenges. Industry experts have seen slight hesitation when it comes to customer adoption. A recent McKinsey report found that 37% of consumers wouldn’t want a connected car, with fears of the car being hacked, and concerns that their personal data privacy could be breached, topping the list of concerns. As with most technology developments, providers are going to have to build trust and demonstrate real value to their consumers.

All of this can only mean one thing: connected cars offer richer, more compelling data to insurers, allowing them to more precisely price their risk. And for the customers, this could mean so much: dynamic pricing changing with the needs of the customer; predictive maintenance of personal and commercial vehicles, which could mean a reduction in claim incidents; and even safety and security enhancements.

When asked about the future of connected cars, Hagelin states:

“we will see more and more technology being built into the cars, more and more assisted driving features, which means more sensors and data to deal with. At the end of the day, cars will be driving themselves without any assistance from humans, which obviously has an impact on how insurance works.”

Recently, UK based connected car company Lightfoot announced that they had received a £1 million loan from Innovate Finance, to further develop its connected car technology before being launched to consumers in Autumn 2018. Lightfoot says the launch will offer a wider range of functionality, including superior intelligence about the car including tax records, service alerts, vehicle valuations, mileage reporting and vehicle health alerts. The grant speaks volumes – the path towards connected vehicles is supported not just by private enterprise, but also by government.

The only way is up. Manufacturers, insurers and consumers can all benefit from a more connected world in automobiles.