Addressing the opportunities for FinTech in London and beyond

Addressing the opportunities for FinTech in London and beyond
July 26, 2017 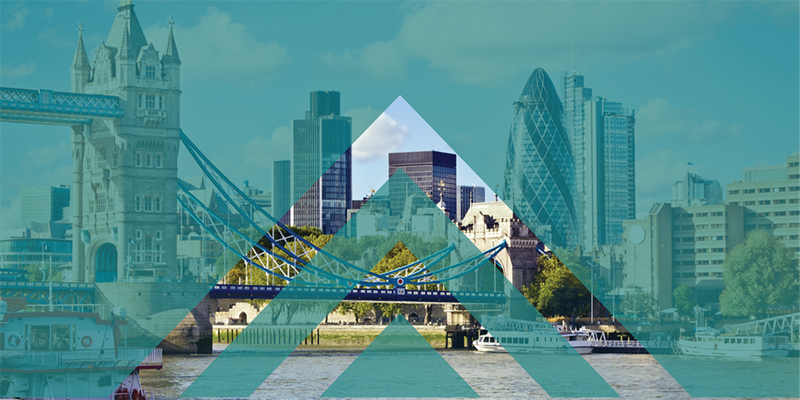 FinTech entrepreneurs are masters at dealing with a changing environment. Saying that, it is vital that investors, startups and the UK government collaborate. Despite of the outcome of last year’s EU Referendum, the UK and predominantly London will remain a global FinTech hub.

On 13th of July, in the frames of London FinTech Week we brought together regulators, a startup and investor at Startupbootcamp FinTech Social to discuss the opportunities for FinTech in London and beyond. We were joined by Stuart Gregory from TransferWise, Bob Ferguson from FCA Innovate, Gareth Jefferies from Northzone and Luke Scanlon from Pinsent Masons. The discussion was led by our very own Nektarios Liolios from Startubootcamp FinTech & InsurTech.

To kick off the discussions Nektarios Liolios shared five reasons why Startupbootcamp FinTech chose London as the location to launch its first program (while now having programs globally in Singapore, New York, Mexico City and Mumbai):

Reason 1 – The financial industry was looking for innovation and at the time London was already a great hub for entrepreneurs;
Reason 2 – London has the largest spectrum of financial services from asset management to hedge funds, and startups need to be close to the industry;
Reason 3 – Access to capital – attractive to investors and Angel community due to tax optimised EIS/SEIS schemes;
Reason 4 – Strong regulatory support from the FCA, including its Regulatory Sandbox, and government incentives;
Reason 5 – Active entrepreneurial ecosystem, great infrastructure and location where it’s easy for corporates and startups to come together and of course access talent with an entrepreneurship visa; 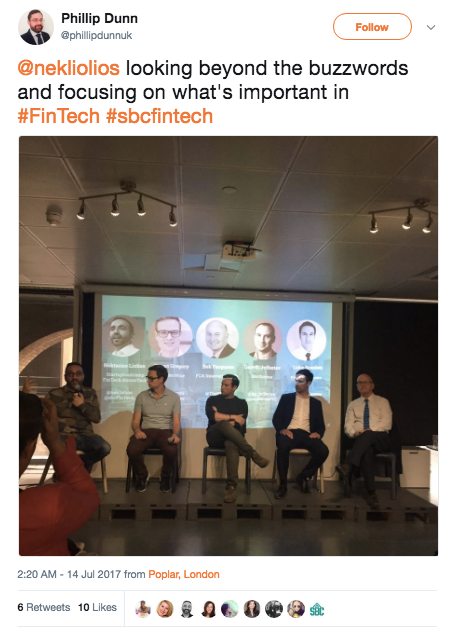 TransferWise also chose London as its first location to launch its business, and mainly due to passporting reasons, says Stuart Gregory, Head of Business at TransferWise. Today, TransferWise has nine offices in eight different countries across the world. Passporting rights remain a very important factor for TransferWise when deciding on their next locations for new offices.

Northzone closed a €300m (£252m) fund to invest in early stage companies from global institutional investors in September 2016. Gareth Jefferies, investor at Northzone says they haven’t seen any slowdown from an investor’s’ perspective but if access to talent is removed, it can have serious consequences. Nevertheless they operate on the assumption that it will not happen.

Bob Ferguson, Head of Department at FCA Innovate added that the government can make Brexit better or worse, but the strengths of London will take us beyond the changes taking place. He also spoke about the steps the FCA has made in recent years to foster a regulatory environment that is conducive to FinTech Entrepreneurship. The FCA Regulatory Sandbox enables the regulator to stay on top of the trends and new developments but also allows established industry leaders such as banks and financial institutions to work with technology startups and explore the viability of new concepts in early stage and test if this is something they want to take to market on a larger scale. And of course start ups may also go it alone.

The discussion led to the barriers to entry for FinTech companies and what can be done to soften these barriers. Luke Scanlon, Head of Propositions at Pinsent Masons commented:

“The greatest upcoming problem as we all know is around the free movement of people. Free movement across a market the size of the EU, enables businesses both within the UK and outside the UK but within the EEA, to find solutions to issues at a speed that has enabled them to create an ecosystem, which has widely been acknowledged as world-leading for FinTech. So free movement of people is not just a nice to have. The negativity surrounding the loss of free movement creates a barrier to further growth. Another major problem businesses outside the UK are struggling with at the moment, is the potential for the UK to respond to the open banking movement in a different way to the rest of the EU. The Open Banking Implementation Entity has moved ahead and released specifications for open APIs. How European FinTech companies can respond to the arrangements being put in place locally will depend on how inclusive these arrangements are made for passporting in businesses.”

We also covered what investors are looking for from UK startups and one of the criteria Gareth Jeffries from Northzone brought to the floor was the importance of market size, and how this is of greater significance now than ever before. Think about who your customers are and more importantly where they are. Investors are looking for big returns on investment, and the greater number of bigger markets you are able to scale to, the more successful you are likely to be. Great examples are TransferWise and Revolut. No less important is the caliber of the team, scalability of the business model and the competitive landscape.

Another aspect that makes the London FinTech landscape so attractive is strong bridge it has with other leading financial hubs. Startupbootcamp FinTech has already established programs in hubs like New York, Singapore, Mexico City and Mumbai offering the opportunity for entrepreneurs to expand and kick off their businesses in relevant markets. The FCA has set-up several cooperation agreements with various regulators around the world including Singapore, Australia and Ontario.

Bob Ferguson from the FCA commented: “It’s important for like minded regulators to be aware of the changes taking place in different ecosystems. We also have an introduction facility (regulator – to regulator) that helps companies to expand their activity to other markets.”

Nektarios Liolios added “It has been interesting to see how the government has started to work on supporting innovation in emerging markets such as Mexico City and India, in comparison to how different it is to do something similar with more established financial ecosystems, for example in the US.”

“The UK has a very simple regulatory environment, the opposite to US hubs where you have a lot more capital. But what you don’t have is a very simple regulatory environment and a government that wants to promote innovation. This is very big advantage when setting up a FinTech company in the UK,” added Gareth Jefferies. The most heavily valued companies from the UK are FinTech companies which supports the point.

Finally we discussed the future for FinTech and what we see coming from the next few years.

Nektarios Liolios gave some great insights on how the financial industry, specifically in the UK, has evolved. Three years ago, the conversation was predominantly focused on payments and lending, and today we see entrepreneurs solving more specific and niche financial industry problems. We are seeing a lot of innovation in robo advisory, asset management, identity AML/KYC and financial inclusion. London’s FinTech ecosystem is evolving and is more mature than other markets, which also shows the sustainability for the ecosystem here.

Stuart Gregory from TransferWise added: “One of the biggest changes we are seeing is the shift towards customer experience and expectations, building more products that customers need but also a shift towards collaboration between banks and startups. Collaboration creates more opportunities for both, and we have recently received a lot more interest from banks than we did before.”

“There is real potential for greater international alignment and opportunity for businesses in China, Mexico and other places to challenge the approaches taken by businesses established here in London. A collaborative / banking as a platform environment will in the next few years begin to gain significant traction,” says Luke Scanlon from Pinsent Masons. He also added that from the regulators perspective we need to move faster to solve more problems as regulation today is still the barrier. Bob Ferguson from the FCA agreed that “as regulators we must be ready to adapt.”

To pull our discussions together, we concluded that right now, nobody knows what exactly is going to happen. In the meantime, it’s business as usual, and entrepreneurs will continue come up with new ideas and solutions. What we can do is work together – banks, regulators, startups and investors – to make sure we create as many opportunities as possible for international talent and entrepreneurs across the UK. Startups are agile, and the best ideas and products are born from challenging times.

We’d like to thank our panel, all of the attendees and our event partners Startup Manufactory, London & Partners and the Global FinTech Hubs Federation.

If you missed the event, make sure to watch our Live Stream recording and keep an eye out for future events on our program page and follow us on Twitter!