No FinTech is an Island: Startupbootcamp aims to build the Latin American bridges we need

No FinTech is an Island: Startupbootcamp aims to build the Latin American bridges we need
March 31, 2017 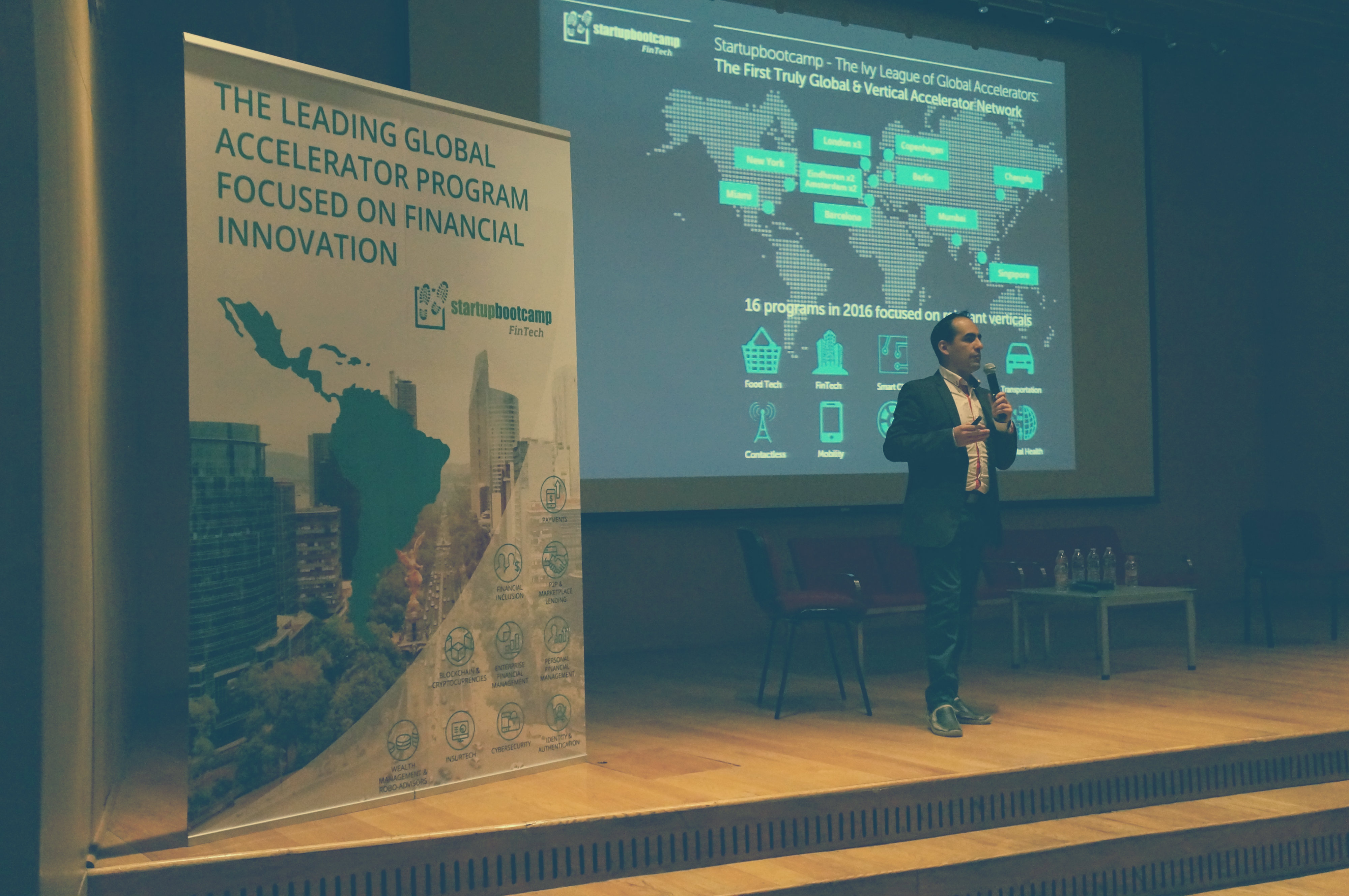 One month after our launch and three FastTracks taking place in some of the main entrepreneurial cities in Latam, we have confirmed the prevailing need for collaboration among all the entities involved within the FinTech ecosystem: government, industry, investors, development organisations, banks, startups and even law firms.

We don’t have time to lose, particularly in a region like Latin America, where the main strength and wealth relies on the diversity of the cities and entrepreneurs, and where financial gaps are particularly relevant, affecting, in average, more than 40% of the population.

According to The World Bank, out of the 2 billion unbanked adults globally, 210 million live in Latin-America and the Caribbean.

Mexico, for example, is on track to create the first FinTech law in its history, and it is inconceivable not to share the experience, knowledge, and guidance of those who have walked the path before, as well as not, to resolve any issue with innovation, strategy and technology from the entrepreneurs.

The Fast Tracks in Bogota, Guadalajara and Mexico City celebrated over the past weeks, not only left us with a great satisfaction of having an inside look at the local ecosystem of each city but also they impelled us to be that bridge in all the region. 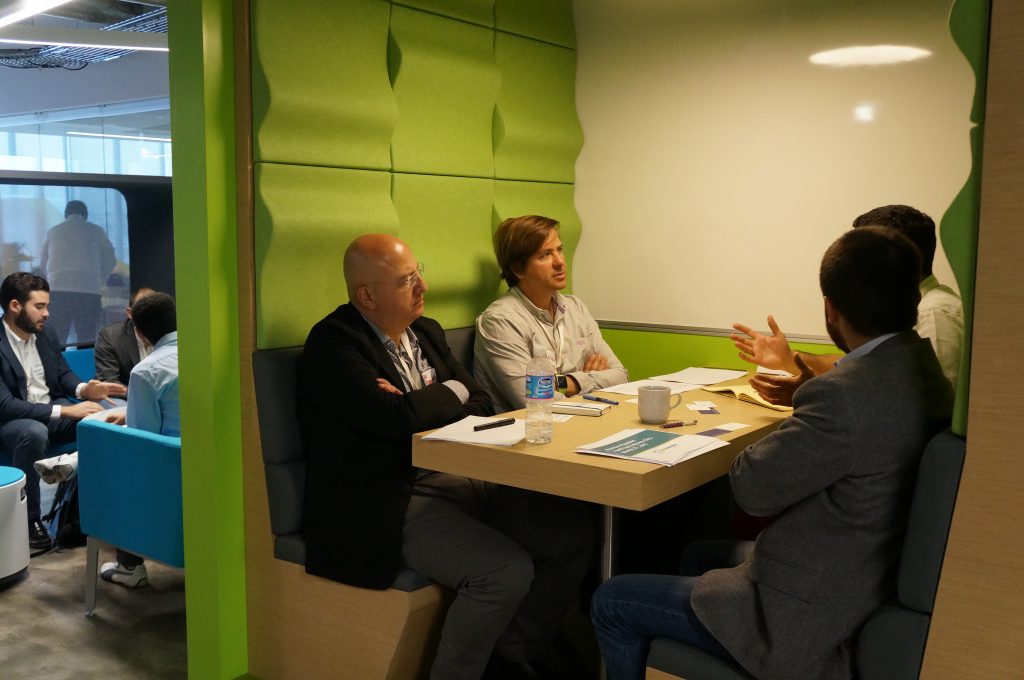 And bringing the best startups from the region to the city with more dynamism is our perfect strategy!

In addition, we celebrated our Startupbootcamp Launch Event in our host city on  Tuesday, March 28th and, beyond presenting ourselves to  FinTech entrepreneurs, government representatives and community leaders, we gave voice to our partners in a panel discussion in order to share the weight of collaboration and work among all parties.

As Álvaro Rodríguez, Managing Partner at Ignia —the largest venture capital firm in Mexico— said that night: “No Fintech is an island” and talking with those startups attendees at the FastTracks we confirmed that statement. 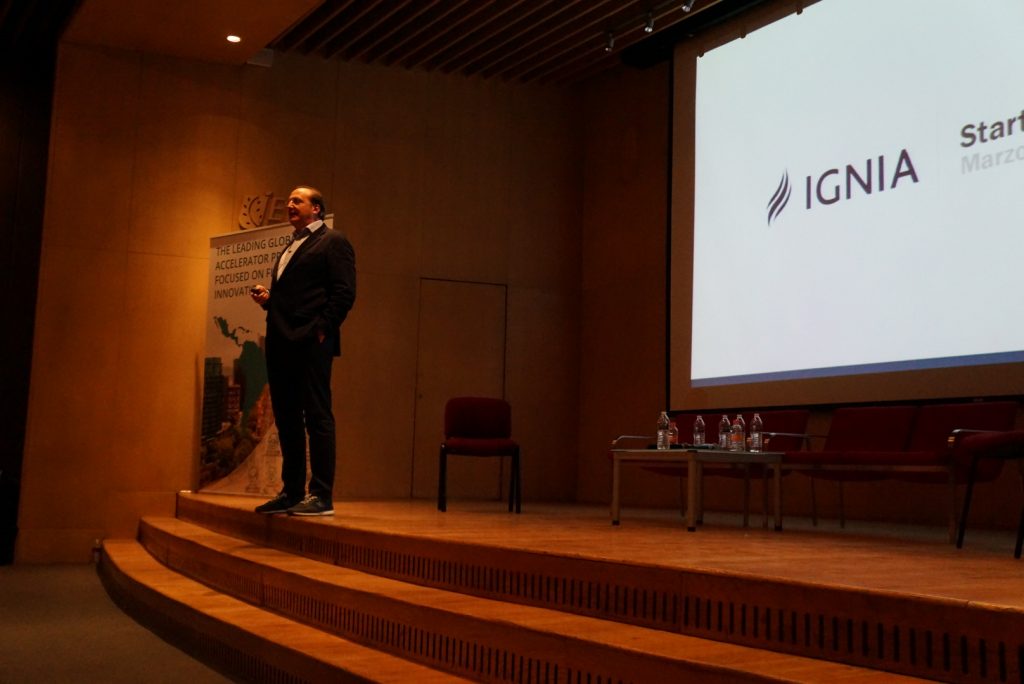 “No Fintech is an island”- Álvaro Rodríguez, Managing Partner at Ignia

Our startups in the region need mentorship, guidance, and feedback from people who have known the market for a longer time and, at the same time, companies need innovation and technology in order to avoid losing competitiveness over the years.

“FinTech is not a trend, it is an opportunity in the market”, said Iker Arriola, Partner at White & Case, one of SBC Fintech Mexico City’s partners during the event. But we all have to be on the same team.

In Startupbootcamp FinTech we believe that we have arrived at the perfect moment. The ecosystem is mature enough to collaborate with international initiatives like us, which are dedicated to grow and develop FinTech startups throughout the region.

However, both in our first FastTracks Days in the region and in our Community Event, we have confirmed that the FinTech Ecosystem has focused just on the entrepreneurs’ needs when actually the collaboration should be more empathic between the government, industry, investors, banks and startups.

As FinTech Community, we have to see ourselves as a team!

Demetrio Strimpopulos, Director at BanRegio Labs, explained it very well, “there is a lot of support for the entrepreneur, but few entrepreneurs understand the fears and vulnerability of banks in this wave,” and neutral platforms such as Startupbootcamp FinTech attempt to reduce the impact.

It is for this reason that we want to accelerate teams that have as a goal the economic and human development of our citizens, as well as the improvement of the financial conditions that, until now, have limited our companies and people in Latam in terms of competitiveness and development.

Don’t miss the opportunity of being part of Startupbootcamp FinTech and apply to the first batch in Mexico City.