In recent years, the growth and development of the startup ecosystems in Latin America have steadily grown. With a mix of policies, strategies and private and state partnerships, Latin American countries have joined the global movement of nurturing a pro-startup environment in order to create a positive contribution towards the development of the economy and society.

Currently, Angel List records just under 7,000 startups in South America, while a report by OECD further breaks this down by mapping Brazil, Chile, and Mexico as the leading startup hubs in the region.

From an investment perspective, the region’s startups are also getting on the radar of both local and international investment community. LAVCA’s (Latin American Venture Capital Association) look into a 5-year investment trends in Latin America, shows investors have closed deals worth $ 2.3 billion during the last 5 years. 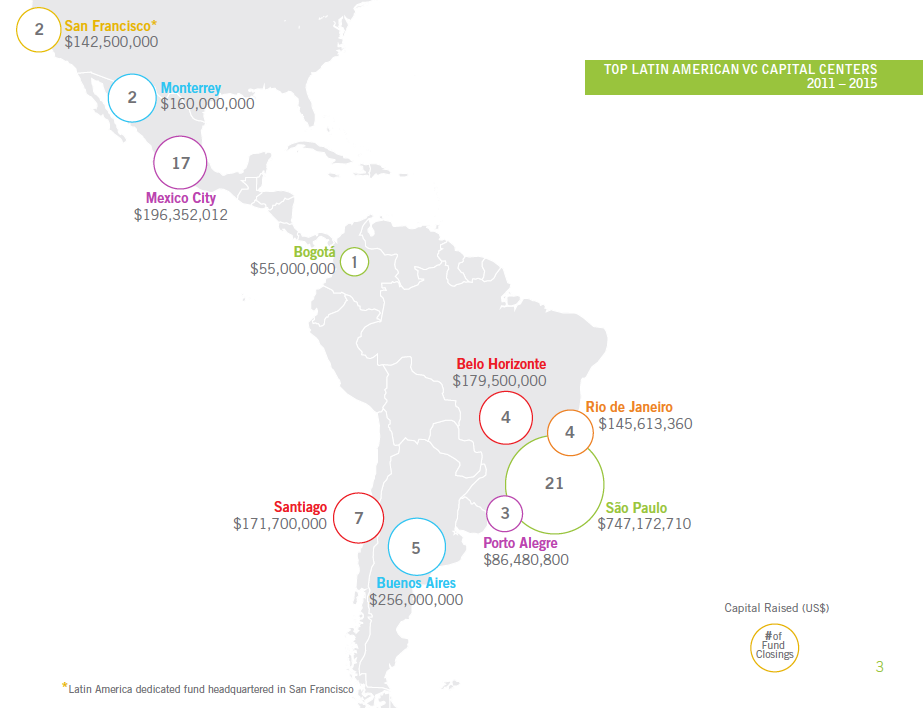 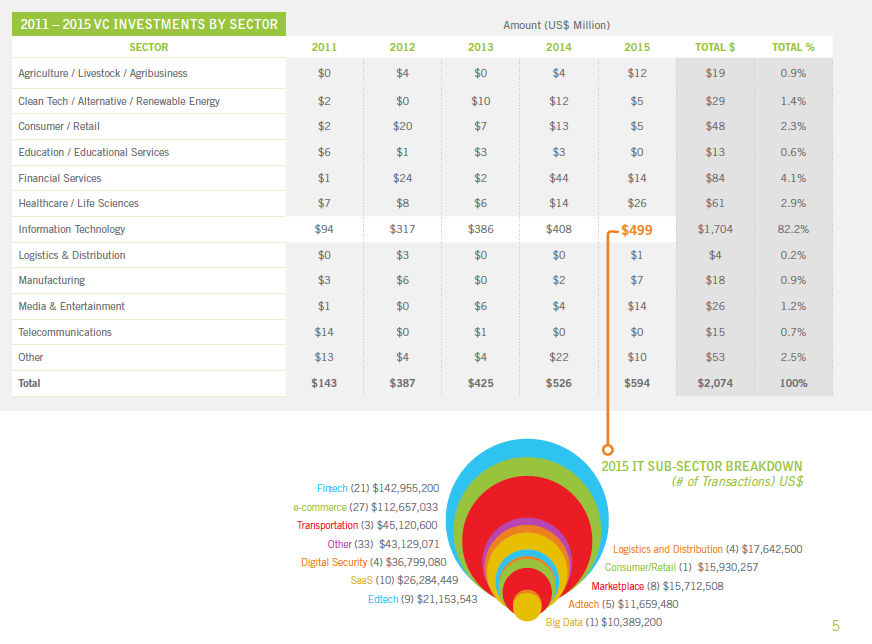 What’s more, Brazil, which has historically led the way in investment deals and startup activity, was surpassed by Mexico for the first time in 2015; both in terms of the number of deals made and the total VC money raised by the country’s startups. Looking at the industries attracting most investments $500m went into the broader ‘Information Technology’ sector of which FinTech was one of the leading sub-sectors within information technology where these investments went into.

However, when it comes to the mass adoption of new FinTech solutions, LATAM remains behind compared to the FinTech revolution witnessed in Asia, Europe, and North America in recent years.

Of course, this presents a great opportunity for Latin America’s emerging startups working on new innovative FinTech business models not yet offered by Latin America’s financial services, and of course for organizations such as Startupbootcamp.

While running successful FinTech accelerator programs in Europe, Asia and US in the last four years, we have witnessed first-hand how FinTech startups have not only demonstrated fresh ways of tackling difficult financial challenges but also applying those solutions in new and exciting emerging markets.

Which leads me to share the launch of our first Latin America-based accelerator program aimed at supporting and accelerating the development of FinTech startups in Latin America.

Joining our global FinTech innovation drive, Startupbootcamp’s FinTech program in Mexico City marks our expansion to the Latin American market and deepens our mission in supporting entrepreneurship and innovation beyond borders.

To make this Latin American expansion a reality, we’ve joined forces with Finnovista — the leading champion of FinTech innovation in Latin America.

While the program will be based in Mexico City, FinTech startups from across Latin America and beyond are encouraged to apply and be part of Latin America’s FinTech movement.

The program will be led by several of the heavyweights of the FinTech global sector: Nektarios Liolios, CEO and co-founder of Startupbootcamp FinTech, together with the renowned Latin entrepreneurs Fermín Bueno and Andrés Fontao from Finnovista, who will be Managing Partners of the program in Mexico City, and will be supported by Eduardo Morelos as Director of the program.

As with all our programs, we’re delighted to have the support of both local and global financial giants including VISA, Fiinlab powered by Gentera, BanRegio, EY, and White & Chase.

With applications officially open from today, the program team will be running tailored “FastTrack’ events in all major Latin American cities starting in March until May 2017 giving interested FinTech startups a chance to meet the program’s investment team, mentors and partners.

Find out more about the program

Andy is the Head of Startupbootcamp Global. His past includes multiple startup operating and investing roles, with plenty of failures along the way. Andy has his MBA from Imperial College London and BBA from the University of Wisconsin – Madison