How can Super Mario build the best startup roadmap?

How can Super Mario build the best startup roadmap?
February 27, 2017

Why should you think about your startup’s roadmap like Super Mario?

From your initial research to early development and growth, you gain nothing by playing to your biases and blinkers. If your idea sucks, best you know it early. If your product isn’t user-friendly, better hope someone tells you so you can knock it into shape.

Speaking to a startup co-founder recently, I was asked the following:

I’m not sure how to present the company to investors with this deck. There are multiple implementation issues on our startup’s roadmap that I don’t know the answers to yet. I don’t want to seem vague or that our strategy is ill-considered.

But even though there are these gaps, I need to show what our ultimate vision is, otherwise, how can I get investors excited about what we’re doing?

I’m not sure exactly what will come of some of our planned product moves. Plus we’re still testing different areas and don’t know if each of these will play a part in the business we ultimately end up with. So should I leave this stuff out when speaking to investors?

In effect… “We know what the goal is and we’re sure we can get there. But we won’t know exactly what the route to that goal looks like until after the fact.”

Personally, I’ve not got any problems with that — I definitely wouldn’t leave these things out. The typical startup roadmap is meandering and takes founders through ups, downs, false starts and pitfalls in something like equal measure. Most founders might think they know what their strategy looks like. However, almost always that strategy will change based on what you learn, what you validate, and what you fail to validate along the way.

What stands out for me, is that the founder that I was speaking to recognises the gaps in what they know and is clear on the potential forks in the road ahead. The next step is, to be honest about that with potential investors, which means confronting these challenges — not leaving them out.

So get ready folks, this is where you can learn from an old childhood friend…

On the left, it’s all grey — Mario’s got a lot of work ahead of him, and he doesn’t yet know what his path will look like. On the right, he’s figured out the way forward. Bet he learned a lot along the way, too.

Think about your startup’s strategic evolution like Super Mario. When you open up a new world (effectively a map screen), there are 5 or 6 levels that need to be completed to get to the end of it. Your path to that end goal is not clear from the start, and there can be multiple routes to get there.

Each level is greyed out to start with. But as you complete each level, it turns to a lovely friendly ‘M’ icon and leaves your way clear to move to the next stage. So think about it this way: if you were thinking about investing in Mario as he sets out on his quest, what would you want to see?

Do you want him to be honest about the perils that face him ahead? Do you want him to demonstrate a clear knowledge of the multiple challenges he needs to overcome? Or would you rather he keeps that all hidden, choosing instead to focus on the party his team is going to throw with Princess Peach when everything has been happily taken care of? 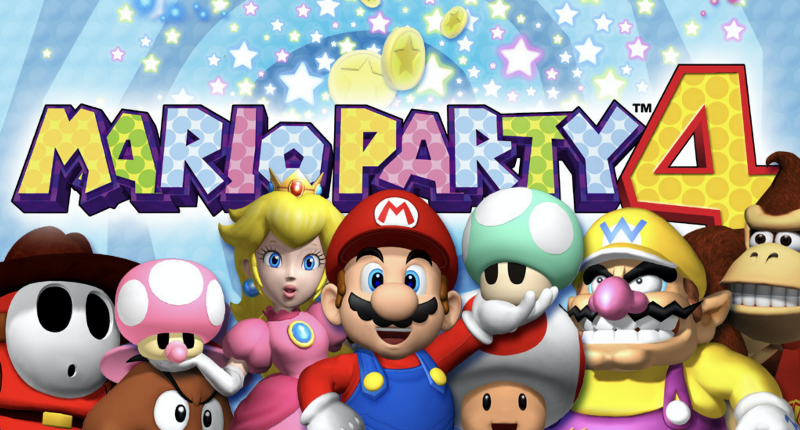 By the looks of things, Mario has had 3 successful exits before this one — who knew?!

Yeah, I thought so. You’re probably more optimistic about his chances of success if you can see Mario is recognising challenges and making plans. The same is true for your company. At first, you won’t be sure how you’ll get to the ultimate goal, but by validating incrementally, and adding/refining features and elements of the business as you go, you open up a clearer vision of what success is going to look like for you.

[Note: If Mario’s not your bag, then other examples abound. Any map-based adventure game that sees grey zones turn to colourful maps as you progress!]

So how does this translate into a roadmap for your product, say a simple marketplace? Very simply, first you’re looking to test that there is a demand on one side, and then to figure out that there is reciprocal demand/supply on both sides. At this point, you won’t necessarily know from which segments that user/demand comes from, even though you may think you do. You’ll figure that out later, and your strategy may evolve based on what you see when your product is out there in the market. Next, you might test if there is demand when you slap a price-tag on it, what the paid-user market size is, and if revenue based on this model is sufficient to sustain (and grow) the business.

Suffice it to say, you have a clear idea of where you’re going, but you don’t really know at this point how you’re going to get there. Like Mario, you’ll be opening up new sections of your map as you progress.

Mario still has a bit of work to do to figure out this startup roadmap.

So to go back to the query as to how to present unknown quantities to investors, remember that unknowns are not necessarily weaknesses. Founders’ concerns about being vague are understandable, but smart investors don’t need you to have all of the answers. They need you to have intelligent and supportable assumptions and a smart strategy for how you’re going to figure out the answers that you need.

It isn’t as simple as giving you a list of 40 questions, setting a threshold of 36 correct answers and investing when you reach that threshold. Quite frankly, if you had all of the answers, you probably wouldn’t need their investment.

What’s more important is the strength of your vision and your ability to convey a smart strategy to achieve incremental progression to reach that vision. We need to believe that you can execute, but we don’t need you to know exactly how you will do so at every turn just yet. That’s what isolating, testing and learning is for.

So be honest. And when you’re stuck, go play a bit of Mario Bros.

P.s. Here is a good soundtrack for reading this blog or is you need some motivation while building your startup roadmap! On that note, we thank the supermario fans from across the world for the photos – They are not our own.

Want to keep updated on our news, blogs and announcements? Follow our every move @SBCFinTech!

Sam is the Program Director at Startupbootcamp FinTech Singapore. He works with early and growth stage startups, focusing in particular on business model validation, product development and go-to-market strategy. Prior to Startupbootcamp, he founded startups and worked for FinTech companies in the UK and North America.