Building the Next Generation of Connected Devices

Building the Next Generation of Connected Devices
January 11, 2017 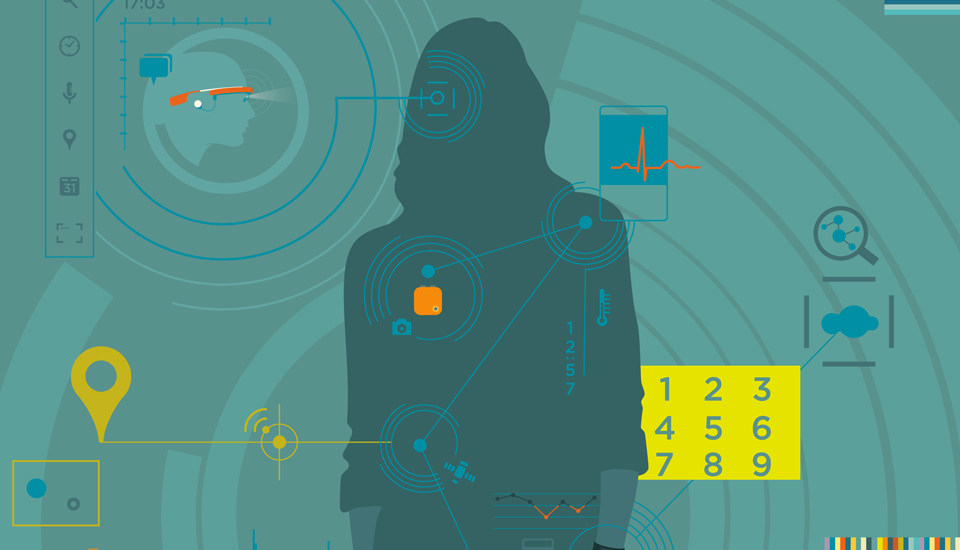 Building the Next Generation of Connected Devices

Look at any ‘Trends for the Coming Year’ list and for the past five years you’ll see a spot reserved for something relating to the Internet of Things, with the majority highlighting the emergence and growth of the wearable market. However this year there has been a change of the guard; wearables are out and the smart home is in (more on that over here). The negative publicity surrounding Pebble and their sale to FitBit for $40 million (despite an acquisition offer from Citizen for $740 million in 2015) probably didn’t help, but are we really ready to signal the end of innovation within the wearable market?

As a category wearables has sat at the heart of IoT for many years, however in the past year there has been a shift. Yes, 411 million smart wearable devices are predicted to be sold in 2020, but if you think this is just made up of basic activity trackers and notification devices then think again. The next generations of wearables is nearly upon us but perhaps, given the scope and breadth of future solutions, a more appropriate term for the category is that of ‘connected devices’.

Last week at CES we saw a host of said devices, from a smart pregnancy monitor to a rehabilitation glove that can provide feedback to a patient on their recovery, and within our own Startupbootcamp IoT | Connected Devices program we have Trackener (a device to monitor a horse’s health 24/7) and YodelUP (an on-glove device for skiers and snowboarders). These connected devices are becoming more useful, new niche markets are being addressed and in many cases the devices are even becoming invisible.

In the past the wearable market hasn’t suffered from a lack of demand, rather a poor value proposition which has failed to retain users long-term (according to Gartner research there is a smartwatch abandonment rate of 30%). That’s not to mention the inability of many of these devices to progress from early-adopter usage to the mass consumer.

This is now the big challenge for future connected devices according to Darius Sahebjavaher, Co-Founder at YodelUP. “People have realised that general purpose smartwatches are no longer providing them with enough value. They were cool in 2014 when people just wanted to try it out, but now companies are having problems retaining customers. The challenge for 2017 is taking wearables to the next level, and that means specialising. Specialising in nicher markets so companies can really understand and improve people’s live in certain situations.”

This is a feeling shared by Pauline Issard, Co-Founder at Trackener, who also feels that we need to look beyond just activity trackers towards more holistic health solutions.

“Currently the majority of horse owners assess their horse’s health once a day and make a gut decision on how they’re doing. As a result it’s fair to say that any wearable within this market is going to be a huge improvement!” says Issard. 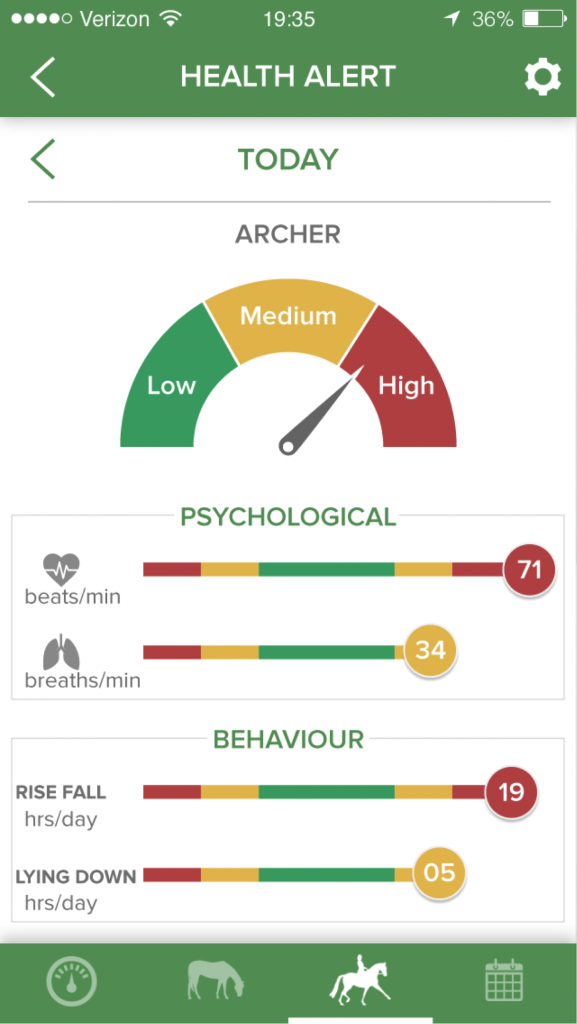 Trackener’s app delivers insights on a horse in real-time.

“However at Trackener we know that, having spoken to vets, it’s crucial we monitor the whole health of horse which includes analysing heart rate, activity and behaviour. It’s the combination of all three that allows us to send health alerts in real-time to owners surrounding any abnormal situation or critical issue.”

Imagine if you could say the same for human beings? A device to alert you to illnesses such as flu, a fever, or something even worse. In fact healthcare has an enormous amount to gain from the advancement of connected devices, especially when it comes to specific use cases such as remote patient monitoring or caring for those who are unable to communicate.

Taking Wearables to the Next Level

Hindsight is a great thing but it’s fair to say that Pebble – one of the most famous wearables of recent years – faced a number of issues, not least around how they branded their devices. However perhaps the most prominent was a consumer movement away from general purpose smart devices to ones covering specific needs; a trend that has seen Microsoft, Lenovo, LG and Huawei all hold off future smartwatch developments.

It’s a direction that Sahebjavaher and YodelUP are embracing. “I’m really excited about how we develop niche types of devices because they’re solving more specific problems that you didn’t expect they could solve so well. For example our aim with YodelUP is to keep every skier or snowboarder in the moment and remove many of the pain points they face around losing friends on the slopes or having to stop to remove a glove every time they want to access a device. This is a market that, like so many others, is currently overlooked by connected tech.”

Your glove stays on and your phone stays in thanks to YodelUP’s device.

This diversification doesn’t come without its challenges though, particularly how we adapt existing technology to new fields – something Issard and Trackener are facing first-hand.

“There are many challenges with developing technology for animals, not least the fact that there are several sensors created for humans but very few for animals. An animal’s fur makes human sensors totally inapplicable, and of course animals can be wild. If they don’t like wearing something they will destroy it, or if they are bored, again it’s just destroyed.”

An Argument for Invisible Devices

For those who prefer their classic watch over a smart one what if, instead of having a FitBit on your wrist, you could simply apply a small tattoo to the body and have it track your heart rate and activity levels? Or if you could swallow a pill that monitored your internal vitals and sent pictures of your digestive system to your doctor? You might suddenly be very interested in the potential of connected devices.

Yet despite the above concepts sounding fancifully futuristic these ingestibles and embeddables are already widely used with the latter first developed in 1979 for tagging animals. Indeed it’s something Issard and Trackener are already working on: “The miniaturisation of wearables is really exciting. To get to a place where we forget we’re actually wearing something means we should be providing unobtrusive and highly focused solutions. A lot of people have already told us that it would be great to have our product incorporated into the chip that a horse has. This is something we are keen to move towards.”

Last year researchers at MIT even constructed a pill capsule to fit a tiny origami robot that could be steered around the body using external magnetic fields. On an artificial test stomach the robot was able to remove a swallowed object and patch up a wound, forecasting a future that could pave the way for a range of unobtrusive manipulations which would otherwise require surgery. 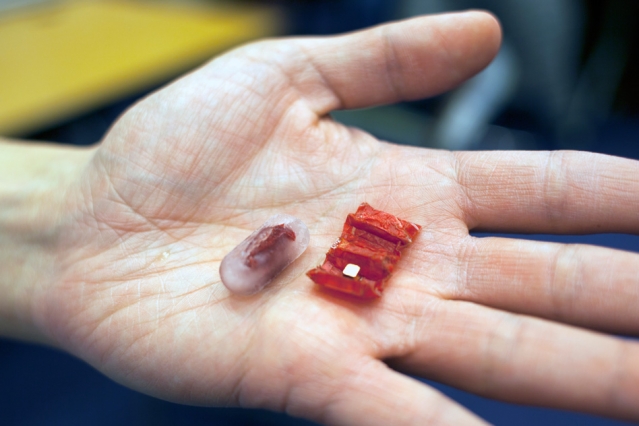 It’s this drive for tech convenience and ease which will also be a good thing for adoption of connected devices according to Sahebjavaher. “In the next 18 months I think we’ll see a lot of hearable-type devices with artificial intelligence acting as a personal assistant. Ultimately it’s all about adding value to lives and connected devices in the future will become so much a part of our lives that we won’t even notice we’re wearing them.

“It could be implanted, it could be something on your clothing, it could even be something reading your brain for a very personal experience. It’s merging technologies and getting you to a place where you feel like technology is giving you the ultimate benefit.”

Whilst we may be a little way off invisible devices it’s clear that the wearable market has come a long way in recent years. In fact it’s a market that has grown out of a ‘wearable’ tag which no longer encompasses the groundbreaking technology which is making the next generation of connected devices more useful, more specific and far less cumbersome.