Designing the Buildings of the Future

Designing the Buildings of the Future
December 20, 2016 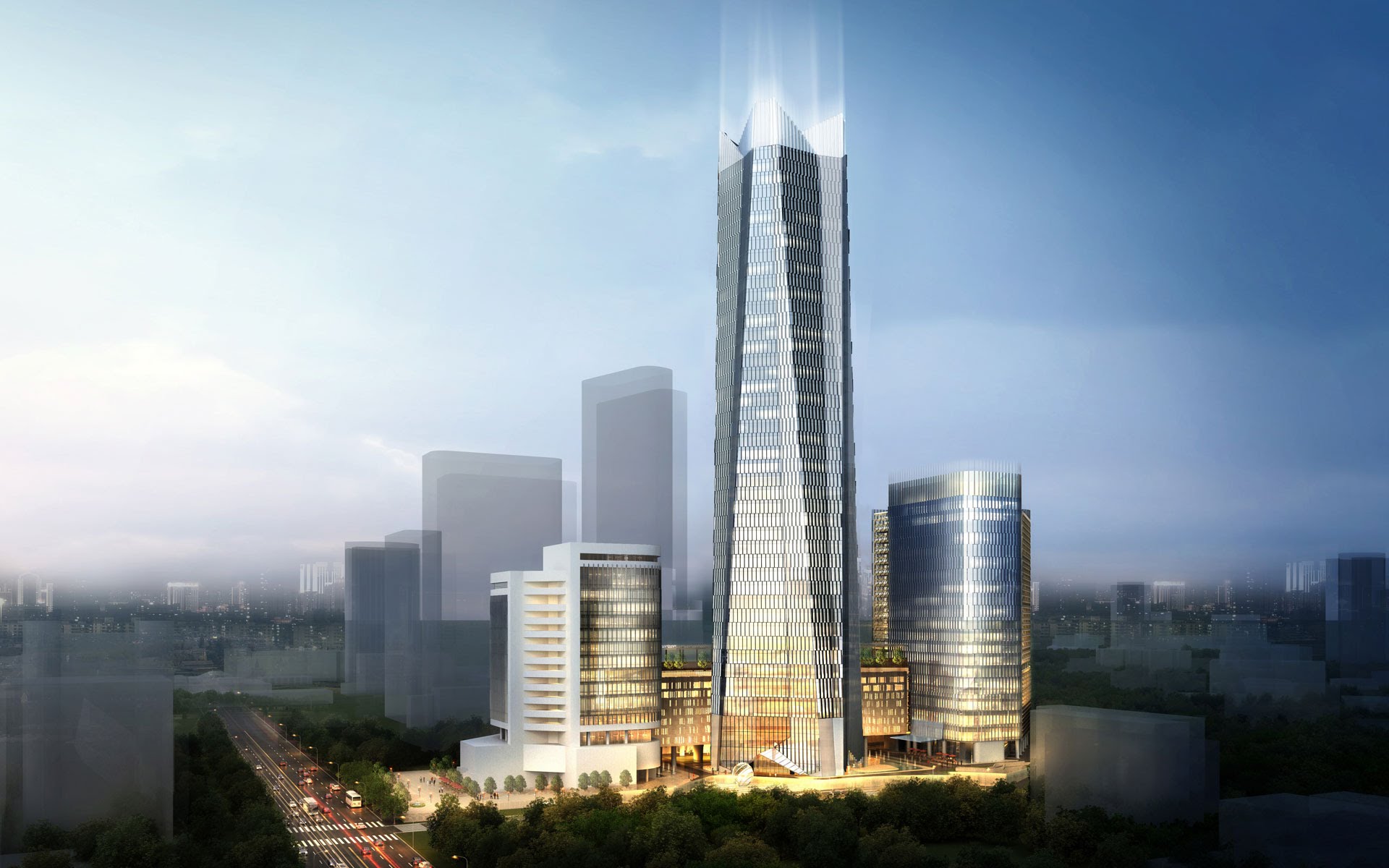 Despite the many advancements we have made with technology, it’s disappointing to see how stagnant our buildings have remained. From houses to office spaces (and everything in between), today’s buildings are inefficient. They rely on a number of different systems that work in silos, whether that be with our heating, lighting or security, ultimately resulting in increased  costs and waste.

It’s no surprise then that the movement towards connected and smart buildings is gathering pace. Despite it being a well established area (connected devices in smart buildings represent approximately one third of global connected devices), it is a market estimated to grow from $5.73 Billion in 2016 to $24.73 Billion by 2021. Better energy efficiency, reduced operating costs, new leasing models, increased productivity, and improved building security are just some of the benefits awaiting us.

Looking into the Future

Picture the scene… You arrive at work in the morning, enter your building using your phone and head to a free desk you’ve seen on your office’s app. You need a meeting room for a quick call so you open the same app which knows which rooms are and aren’t being used despite what a booking sheet might say. Connecting to a printer or the wifi is done via a simple swipe in the app, and you’re able to see if a colleague is in the building or not. Most importantly for the future of energy resources, you’re part of a building that is using 70% less electricity than other comparable office blocks.

Sound too optimistic? Well much of the above is already in place in spaces such as Deloitte’s The Edge in Amsterdam, and it’s a future that two startups within our IoT | Connected Devices program, Doordeck and HomyHub, are working hard to bring closer – especially when it comes to accessing, controlling, and securing buildings. 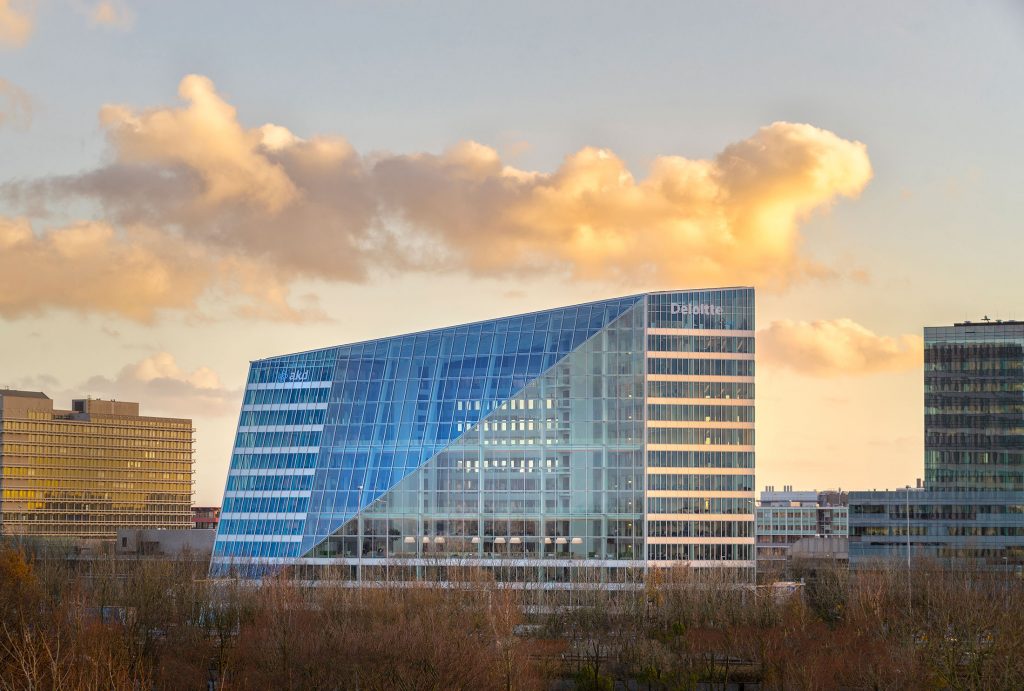 The Edge in Amsterdam

Doordeck provides a B2B solution that aims to remove the need for access cards, allowing people to move around an office building by simply using their smartphone – a solution that is more secure, quicker to administer, and far more in keeping with today’s technology, something highlighted by Co-Founder William Bainborough. “Technology has been progressing at a staggering rate over the past few decades and buildings are becoming more and more intelligent. But how we do access control has been completely stagnant. A connected building should allow people to interact with that building without them even being aware that they’re doing it.”

Meanwhile, HomyHub’s first device is eliminating the need for garage owners to carry remotes, replacing them with a simple smartphone app that lets them open, close, and control access to their garage – ideal for organising a delivery when you’re not in. For Co-Founder Enzo Zamora, updating existing buildings and garages doesn’t come without its challenges. “The biggest challenge in going to a fully connected building is the current stage of the devices out there. Most aren’t connected to the internet, and those that are have different communication protocols, making the working of these solutions very complex for consumers.”

Shared facilities and ownership, whether through companies such as Airbnb or the increasing popularity of coworking spaces, have seen the access control market grow at a significant rate. This year alone it is expected to have grown 9.1% from 2015 with companies such as Kwikset and August leading the charge.

However, with many other solutions needing extensive planning, installation, and even a re-design of buildings, consumers can rightly feel that IoT is more of a hassle than it’s worth. That’s why easy-to-use retrofit solutions, such as those from Doordeck and HomyHub, are needed to boost consumer benefits and demystify the unknowns of IoT. 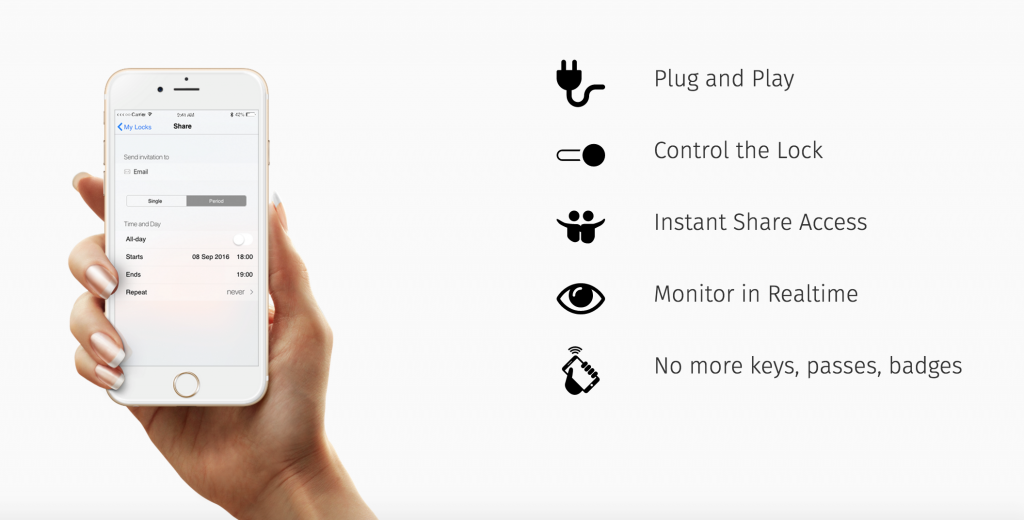 “Consumer knowledge around IoT is quite interesting as I don’t think anybody really understands the term,” says Bainborough. “If you say to someone ‘a connected device’, they have a much better idea of what that is. People can then understand the concept of a building that they can interact with without them even being aware that they’re doing it.”

On top of this comes the complexity of many new IoT devices. The rapid rise of IoT technology meant that industry protocols needed to be created, however rather than producing a uniform standard a multitude of protocols were created – MQTT, AMQP, CoAP, Node, XMPP, NanoIP, SSI… The list goes on. Now we’re at a point where devices can make intelligent decisions based on certain factors, yet they cannot effectively communicate with each other. As soon as we can change this the possibility of a connected building, with all its various functions and systems, can become more of a reality.

For Zamora it’s this simplicity which is key. “What we’ve seen in the past is people associating IoT with complexity and this is one of the things we’re trying to eliminate. Once we reach a really simple solution for every type of problem that we see in a smart building, then we’re going to have many more people jumping into IoT.” 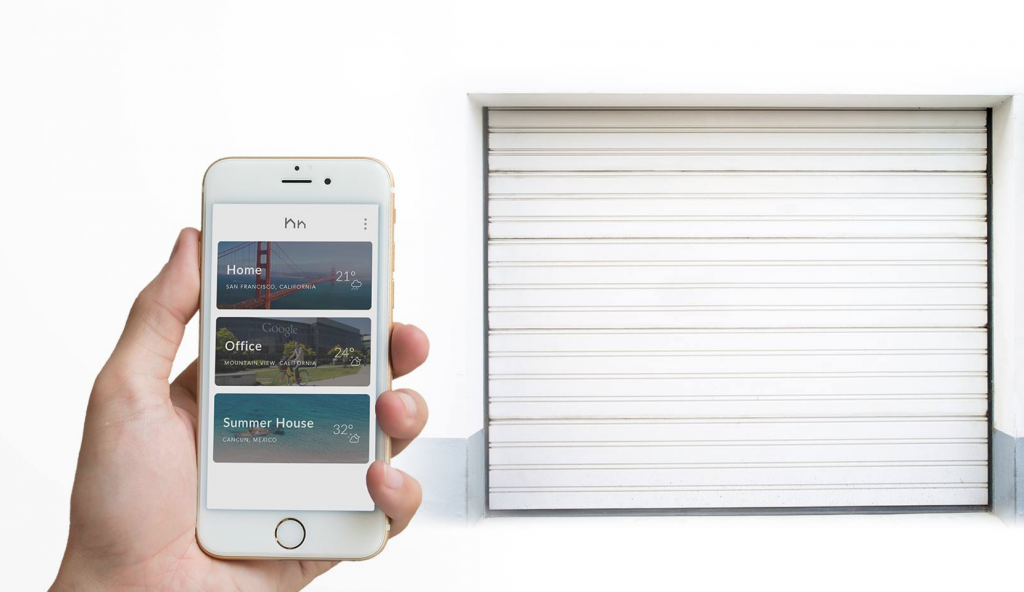 HomyHub lets you control access to your garage door through your smartphone.

Still a Way to Go…

For many building developers one of the main elements hindering the future of smart buildings is their perceived upfront cost. This is especially true when compared to conventional buildings, yet this is starting to change as technology and hardware components become less costly to produce. It’s also worth placing these costs into perspective; life-cycle expenses of smart buildings are much lower and their returns much quicker.

Surely then connecting our buildings is a no-brainer. We’ll be able to enhance the health, happiness and productivity of the people in them, whilst streamlining building management, saving energy and preventing expensive equipment failures. Yes, easy printing and wifi access may remain a long-term dream, but in 2017 we’re likely to see the connected building really start to take shape.