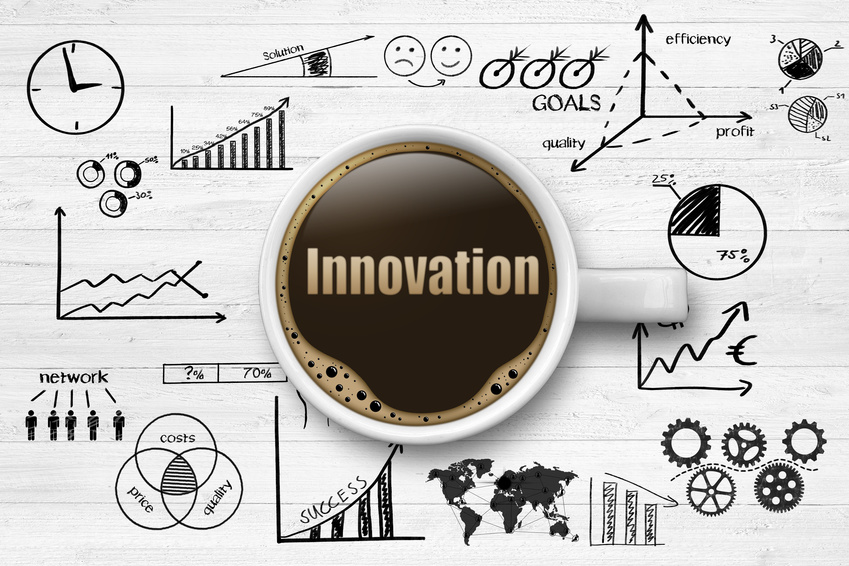 Innovation is the new buzzword these days. Major corporates are tuning their inhouse hierarchy to fit in “innovation” in their culture, vision and value. To an extent that nowadays, there is a specific job title in major healthcare conglomerates called, “Chief Innovation Officer” to build innovation cultures in the company.

So what exactly is an Innovation culture, and why is it suddenly a necessity? Let us explore this and its role specifically in the field of healthcare.

Innovation Culture is a company environment chosen by the leaders to encourage and facilitate unorthodox ideas and strategies. In these companies, innovation is not just a privilege of the C-level, but employee at any level is encouraged to foster the culture and be innovative in their approach.

So why is it suddenly a necessity?

Many companies working the traditional way for decades now suddenly are shifting towards innovation cultures. There are several factors contributing to this shift.

The primary reason for this shift is Digitalization. Digitalization has paced up the market, the customer has a strong voice and bad performance instantly gets bad reviews. Hence, the scope of error has reduced hugely, making it paramount for companies to invent new ways of customer satisfaction.

The second factor weighing in is the rise of startups. Startups are agile and flexible, they are not afraid to be different and to try a road not taken, because they have nothing to lose. Large corporates, on the other hand, have much to lose if they try something that is not a standard norm.

The third and the most crucial factor is the consumer market. Consumers have changed, trust is still valuable but so is creativity. Market models have changed and even the old and established market structures are undergoing a change. This makes innovation paramount.

Any company that has a rapidly changing market needs to be on top of its game and reinvent itself if they are to keep up with the changing consumer preferences.

But what does innovation culture comprise of?

Innovation Culture is not a pet project, it is a style of thinking. It is not a creative inborn talent, it is a practiced skill. Which also means that there is not set way or rules to this culture, but every team builds its own culture. Here are some factors we see overlapping in all companies fostering Innovation Culture.

The need of innovation arises from fast  changing market needs, hence shorter innovation cycles are paramount. Speculation over long time leads to slowness, the very evil corporations are trying to avoid. However, speed needs to come from quick decision making and clarity in vision, and not rash decisions.

Digitalization is one of the primary reasons behind the shift in markets. So it is imperative for corporates to not just add but make digitalization an integral part of their outreach plan. The consumer expects companies to fill gaps and be more service oriented, and digitalization is the fastest way to address this need.

While it is important for the company founders and leaders to value and encourage innovation cultures, in successful innovation culture implementation, lower management also believes and practices an open creative culture, as these are the people who function directly with execution and micro manage teams.

One reason why corporations fail at innovation is because they are risk averse. They are big and protecting the name becomes more and more important. But as one adopts innovation culture, one needs to learn the art of accepting failure. An interesting take is to call a Failure a “glitch”. While a failure sounds painfully permanent, a glitch sounds temporary, solvable and a learning opportunity.

It is a tough task to get your employees to embrace innovation culture, but it is equally important to get them to stay on course. It can not be just a one-project affair. To get employees to show innovativity in workplace, there can be rewards, from as big as a holiday to as tiny as sincere appreciation.

Flat hierarchy is a fast-evolving management style that many companies are adopting. Some people call it Bossless Management, some call it Radical Management and some, Holacracy, but the core of the concept remains the same. The concept does away with leadership’s sole decision making power and gives the power to the collective intelligence of all employees. One good example of Holacracy is Zappos, one of the largest companies to have adopted bossless administration.

All innovative companies have different missions, but their processes are similar. They encourage unorthodox methods that include speed, flexibility, adaptation of digital technology, flat hierarchies and sustainable innovation.

Interested in Innovation Cultures in Healthcare? Join us at the Health Summit 2016 by Startupbootcamp Digital Health Berlin on 30 June 2016. Lean in as leading corporates & startups open conversation around adapting innovation cultures  in their companies, & discuss how startups & corporates can avoid clashes & come together to create value.

Why Berlin is THE place for Digital Health Startups