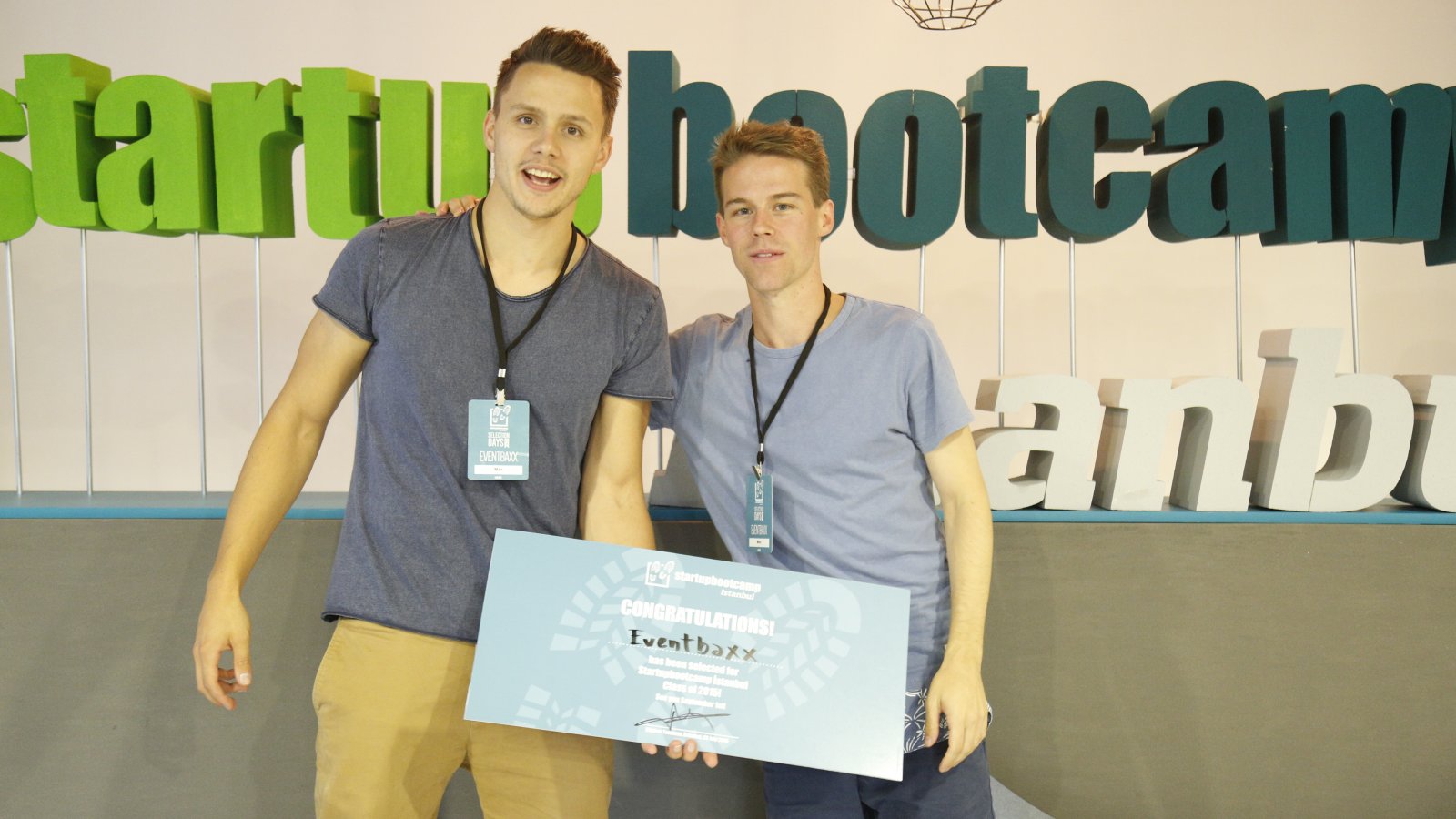 We are sure that you will not believe us if we tell you how our journey with Startupbootcamp Istanbul started: #50ShadesOfStartups. Yes, our Co-Founder Marc was a part of this mysterious slack channel. But he was in the right “place” at the right time. because this is where we met one of Startupbootcamp Istanbul’s program managers and, later buddy, Cansu. After we shortly pitched our vision of eventbaxx in the channel she wanted to know more about it and we were invited to pitch at one of their fastracks in Berlin. Although we did not have a lot of time to prepare ourselves – we founded the company just two months earlier and only had a „gameboy color“ looking prototype – we were ready to take the challenge and decided to fly to Berlin and pitch eventbaxx. We were already really excited about the feedback we were about to receive from experienced managers and proficient entrepreneurs – so we did our best and after 30 minutes everything was over. The amount of feedback was overwhelming. Although we were unsure how to classify this feedback we flew home with a good feeling.

Surprise, surprise! In the middle of July we received an invitation letter to join the selection days and, regarding the fact that the pitch was just two weeks earlier, we went a bit crazy. But after a few minutes it was clear that we  wanted to take this opportunity and participate in the five day long selection days. For us it was the first time in Istanbul –a beautiful city. During selection days we met more than 50 mentors. It was a great experience and we received intense feedback about our vision, gained deeper insights into our own business and how to manage it the right way and, last but not least, helped us to enhance our pitching skills. During these five days we learned so much more than during the two months before. After a lot of hard work and several sleepless nights we and eight other great startups finally made it into the Startupbootcamp Istanbul 2015 class! It was the night of Marc’s birthday so… well… we had something to celebrate and the night is still a little blurry. 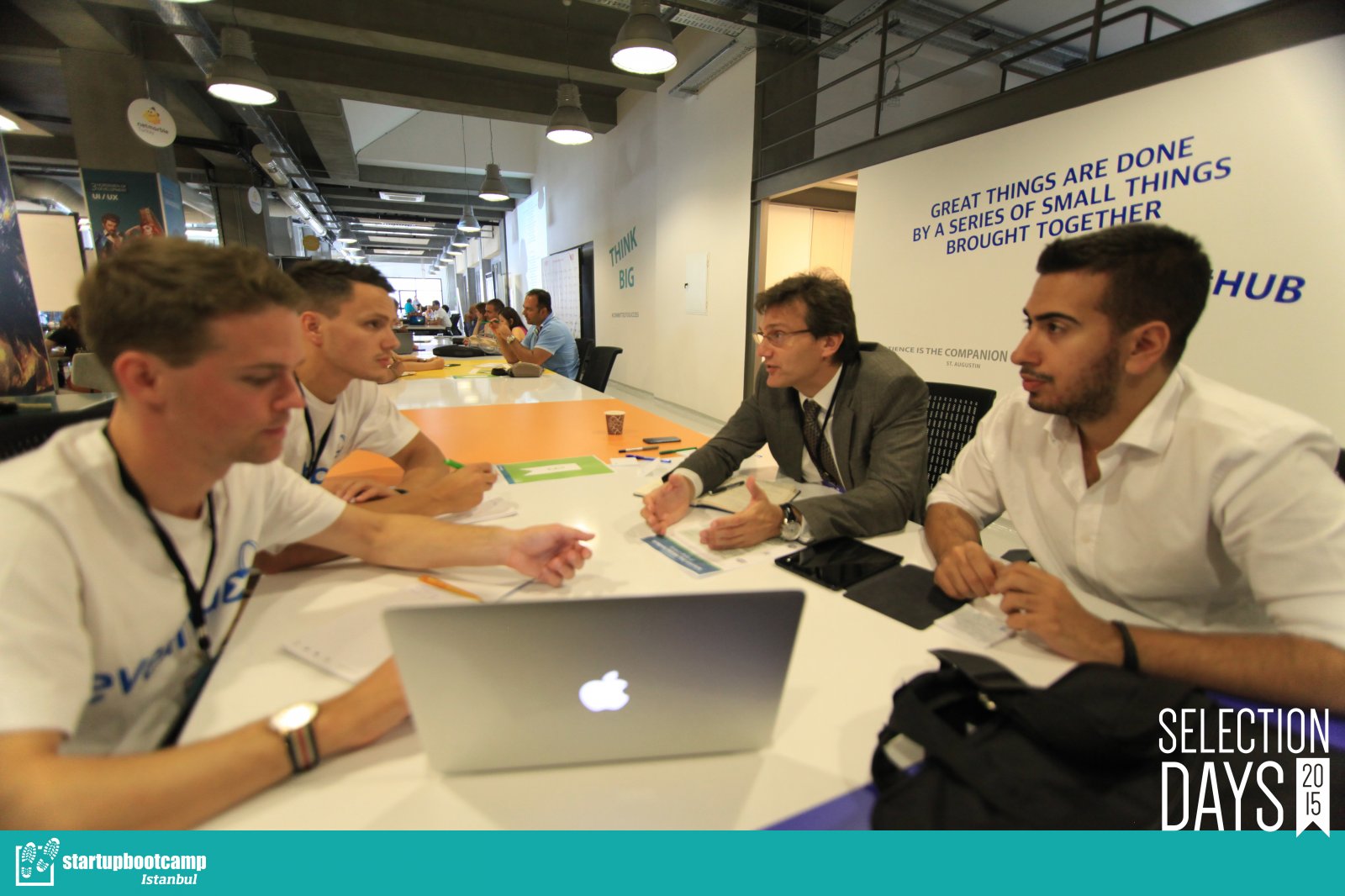 Showtime! The program started on September 1st. It’s impossible to describe everything we learned during those three months full of intensive mentorship, coaching and buisness development. You simply have to do it by yourself to understand how valuable Startupbootcamp is for your company. The most important things we learned are: to work KPI driven and to set goals for every day, week and month. (This might be a pretty good tip for your start up, too) In addition to that we improved or financial management skills, learned how to scale a business and upgraded our product to the next level. The program ended with the so called „Demo Day“. We pitched in front of more than 400 angel investors, VCs and potential customers. The feedback was so fantastic that we were able to close a seed investement a few weeks after the end of the program. Additionally we found a lot of new partners and customers. This would not have been possible without the great Startupbootcamp team and their global and local partners.

The program might be over but the team is like a new family and we know that Startupbootcamp will always support us on our journey and help us to make the most of it. Thanks to everyone – we will never forget this! If you want to join Startupbootcamp Istanbul 2016 family, you have to hurry! Applications close May 29th! You can apply here: bit.ly/SBCI-2016