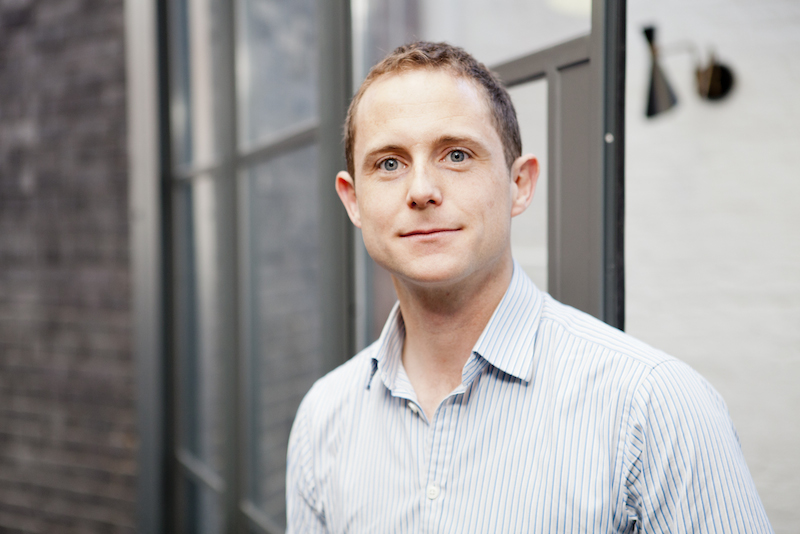 In this month’s ‘VC Under The Spotlight’, we spoke with Rob Moffat, who is a Principal at Balderton Capital – the largest Europe-focused venture fund, with funds totalling $2.3B.

As Balderton’s Fintech expert, Rob talked to us about his firm’s fund, his views on investing, tips for founders who want to get on his radar, and his predictions about the future Fintech.

Tell us a little bit about yourself. Where are you from and how did you get this role?

I was born in Athens but grew up in London. I did masters in statistics, then went to Bain and did 5 years of consulting. After an MBA at INSEAD, I worked at Google for 3 years, where I managed the European strategy & operations team. I joined Balderton in 2009. Being a VC was something I thought was really interesting, but impossible to get into. But in 2009 a couple of funds were looking for someone like me with a mix of consulting and internet experience, and I managed to convince them to hire me, despite my lack of startup experience…

Tell us a little about your fund?

Our focus is on early stage, European technology businesses, with ambitious founders and unique approaches. Balderton is the largest Europe focused venture fund, with funds totalling $2.3B. We invest between $1M and $20M into companies with the potential to disrupt huge industries, and the ambition to scale globally.

We were founded in 2000 and have invested in more than 150 companies since then. We raised our most recent fund in early 2014. Our investment team includes two founders of $B software companies, and people who have held senior roles at companies such as Goldman Sachs, Betfair, Google and Yahoo. Our $B exits in the past include Betfair, MySQL and Yoox.

What industries do you invest in?

Any disruptive startup, usually with a tech angle. B2B and B2C.

What is the typical stage of the startups you invest in?

Our sweet spot is Series A investing into companies with a product in the market and early traction. We also make occasional seed and Series B investments.

What attracts you to investing in a new startup? Would you say you follow a formula or go with a gut instinct?

Definitely no formula. Start with gut instinct then try to challenge it based on previous experience, data and comparables.

What really stands out for you when considering a new startup for investment?

Cycle speed. A founding team who are iterating and learning incredibly fast. That really listen to their users, work out what to change in the product, and turn around these changes in a few weeks, shipping to users immediately after.

Do you have any ‘golden rules’ when exploring a new investment opportunity?

I have to get excited by it – has to be something that sticks in my mind the day after I meet the team. I have tried to push myself to get excited by deals my rational mind cannot find any fault with, but these deals never end up getting done.

What would you say are the current ‘hot-trends’ in the startup investor scene?

Fintech, obviously. Insurance, in particular, will get a lot hotter in the next 12 months. I also think Healthtech is coming back after many years of pessimism.

Balderton is described as ‘the largest Europe-focused venture fund’, so can you give us 3 insider tips to ambitious founders who want to get on your radar?

Get introduced to one of us by someone credible – preferably another entrepreneur. Send us a simple and clear 3 paragraph email on what you do, asking for a half hour meeting. Meet us at an event and keep in touch by email.

In addition to providing funding, do you support the startups within your portfolio in other ways?

Yes, we are always an active board member. Our goal is to be the first person the CEO calls if they have a question they cannot solve themselves.

What advice would you give to a founder fundraising for the first time?

Focus on making as much progress as you can before trying to raise funds. Avoid common fundraising pitfalls such as talking to too many investors – scattergun approach. Going to ‘B list’ pitching events. Hiring an advisor or corporate finance firm for a seed or Series A round — they sometimes make sense for Series B and above, but not before.

Do you have any typical questions you ask founders pitching to you? If, yes, can you give us some examples?

How do you build sustainable competitive advantage – what is your ‘moat’?

Why did you start this? What are the entrenched interests of the clients/partners you work with? How do you play with these?

In your opinion, what’s the difference between a good startup and an exceptional one?

An entrepreneur who can persuade exceptional people to work for them, and a good spoonful of luck.

How did you source your best investments? Did they contact you or did you reach out to them?

A couple of examples:

Qubit I knew from Google days and kept in touch with them.

While Carwow and Rentify both reached out to me very early. I was impressed by their CEOs and kept in touch, invested further down the line.

It’s currently Fintech Week London 2015, do you think there are particular sub-industries that will emerge as investment favourites in your opinion?

Insurance! I’ve written about why I believe insurance is an enormous market for disruption on my blog.

Check out other VC Under The Spotlight exclusive interviews:

VC Under The Spotlight: Accel

VC Under The Spotlight: Notion Capital

VC Under The Spotlight: Northzone

VC Under The Spotlight: Spring Partners

VC Under The Spotlight: Frontline

VC Under The Spotlight: MMC Ventures

VC Under The Spotlight: Maxfield Capital

Sam is the Global Marketing & Communications Manager at Startupbootcamp. With a BA in Journalism & MA in Brand Development, she is passionate about content marketing, branding, diversity, and all things startups.