Why Berlin is THE City for Smart Transportation & Energy

Why Berlin is THE City for Smart Transportation & Energy
February 18, 2015
18-Feb-2015 by Startupbootcamp

“Our world is changing at a faster pace than ever before.”
– John J Batten, Global Cities Director, ARCADIS

Our world is changing at a faster pace than ever before, and Berlin has established itself as a leader in its global innovation. According to the Sustainable Cities Index, Berlin is the sixth most sustainable city in the world. Berlin also came in second place for “Planet” on the Index, scoring particularly well in waste management and low levels of air pollution.

Beyond the numbers and reports, Berlin’s affinity for smart transportation and energy can also be felt by simply exploring it personally. Nearly half the of the city is green space. Berlin’s transportation system is web of a bike lanes, bus routes, subway lines, and more. What is perhaps most striking is the city’s excitement and potential for new technologies that make its role in our fast changing world even more prominent.

Innovation from A to B

In 2014, over one million Germans used a car sharing service such as car2go and DriveNow. In no other German city did these services catch on as well as in Berlin. An article by the Berlin Morgenpost reported that 130,000 of DriveNow’s 395,000 customers are from Berlin. car2go has similar results with 28 percent of its customers coming from Germany’s capital. 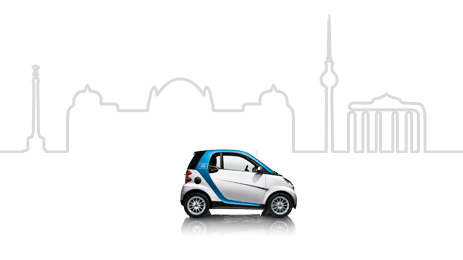 Is Berlin’s population more open to new technologies in transportation? They have certainly become the test subjects for many new transportation startups, also because Berlin has the largest population in Germany. Startups such as CiteeCar and ParkTAG launched in Berlin to solve problems stemming from city congestion. PartTAG, for example, has an app that helps drivers find a parking space when they need it.

A Headquarter for Urban Technologies

Along with the opening of new startup spaces such as Factory, Berlin TXL has announced its plan to open up a research and industrial park for urban technologies. The location is the Tegel Airport once it closes.

One of the technology sectors that it will address is energy. On its website it reads, “Berlin TXL will be a location like no other for developing and testing tomorrow’s energy concepts. This is where companies, universities and start-ups will discover new energy sources and ways to meet our demand for energy.”

However, if we are really going to address why Berlin is the city for smart transportation & energy, we need not look further than our own Startupbootcamp alumni for an answer. Josh Whale, Founder of Ampersand says: “Germany is the world leader in both vehicle engineering and implementation of renewables. Berlin is the startup capital of Europe, and one of the most politically eager to leverage Germany’s talent to reshape the planet’s energy and transport future.”

With that, we rest our case.