A crowdfunding campaign is nothing more and nothing less than a full-time job. Ideation, preparation, strategy, execution and follow-up are as crucial to crowdfunding as they are to any other project.

It takes anything between 6 and 1 months to set up a made-to-succeed campaign, and it’s much more about planning, calculating, and community building than a kick-ass video and well-orchestrated page on Kickstarter. 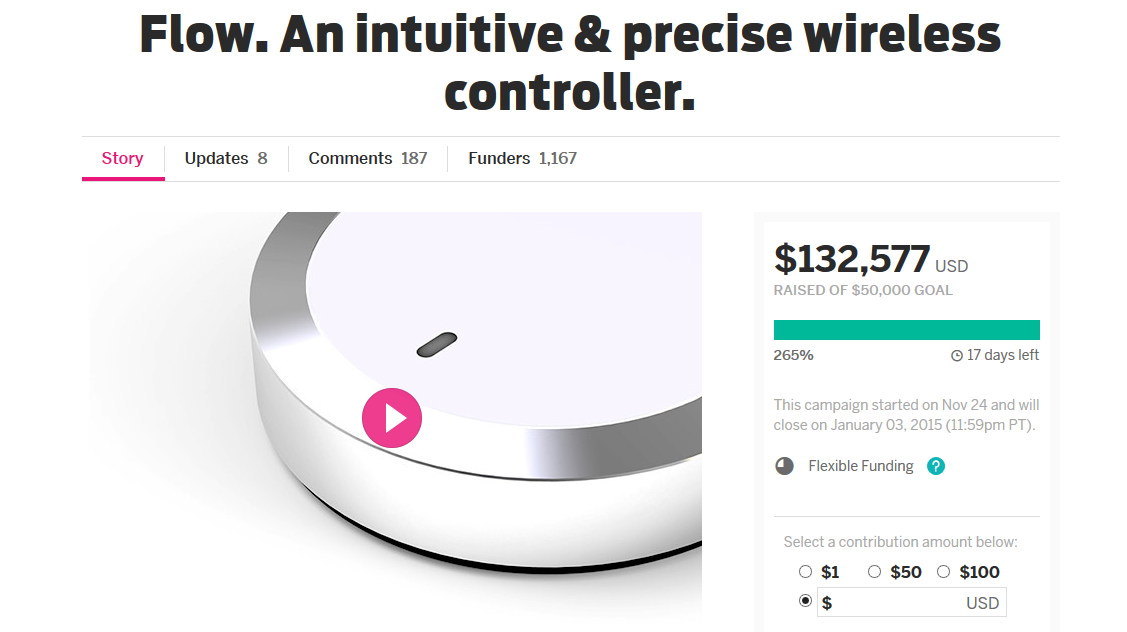 In fact, it’s a masterpiece in its own right, with its specific repertoire of rules and know-how.

If you want to meet your target, you’d better have a uber plan that makes your goal attainable.

It’s All or Nothing

39% of the 195,569 Kickstarter projects ever launched (data from 18/12/2014) were successfully funded. Indiegogo, Kickstarter’s rival, has a slightly lower statistic.

Comparison of platforms and stats is all over the web, and no doubt: It’s imperative to make an informed choice and investigate each platform you consider thoroughly; but in the end it’s not the platform to blame if you fail.

So, what about the 61% that make it to the finishing line with dissatisfaction? One of their biggest challenges is passing the 20-30% funding threshold. Kickstarter statistics page reads the following: “While 12% of projects finished having never received a single pledge, 79% of projects that raised more than 20% of their goal were successfully funded.”

Another big challenge is, provided you happen to be a hardware startup and once you’ve reached your goal, are you prepared to actually manufacture and ship a thousand products to your backers? Timeless delays in shipment befall the majority of the crowdfunded projects, just like the recent setback of the ‘Coolest Cooler’.

The moral: Choose your battles and weapons wisely. Your product, team, supply chain, and manufacturing need to be mature enough to crowdfund.

Question: what makes the soul of a crowdfunding campaign?

Your backers, of course. Easy, right? Bear that in mind, however, as we talk planning; it’s so easy to give way to your campaign’s content that you might feel tempted to neglect your fans, once in a while.

Crowdfunding advice is abundant all over the world of the wide web. In fact, you’ll need a forklift to dig among the tons of articles, survival guides, and bibles about how to successfully crowdfund your startup.

Luckily, I won’t be bothering you with any of that. I wasn’t sure what’s on your Christmas wish list, so I made you a Crowdfunding campaign checklist instead to keep you from ending up as one of the sad stats mentioned above.

The day you decide the time has come to win hearts and dimes with your invention, you can download, print, and use your very own campaign helper. 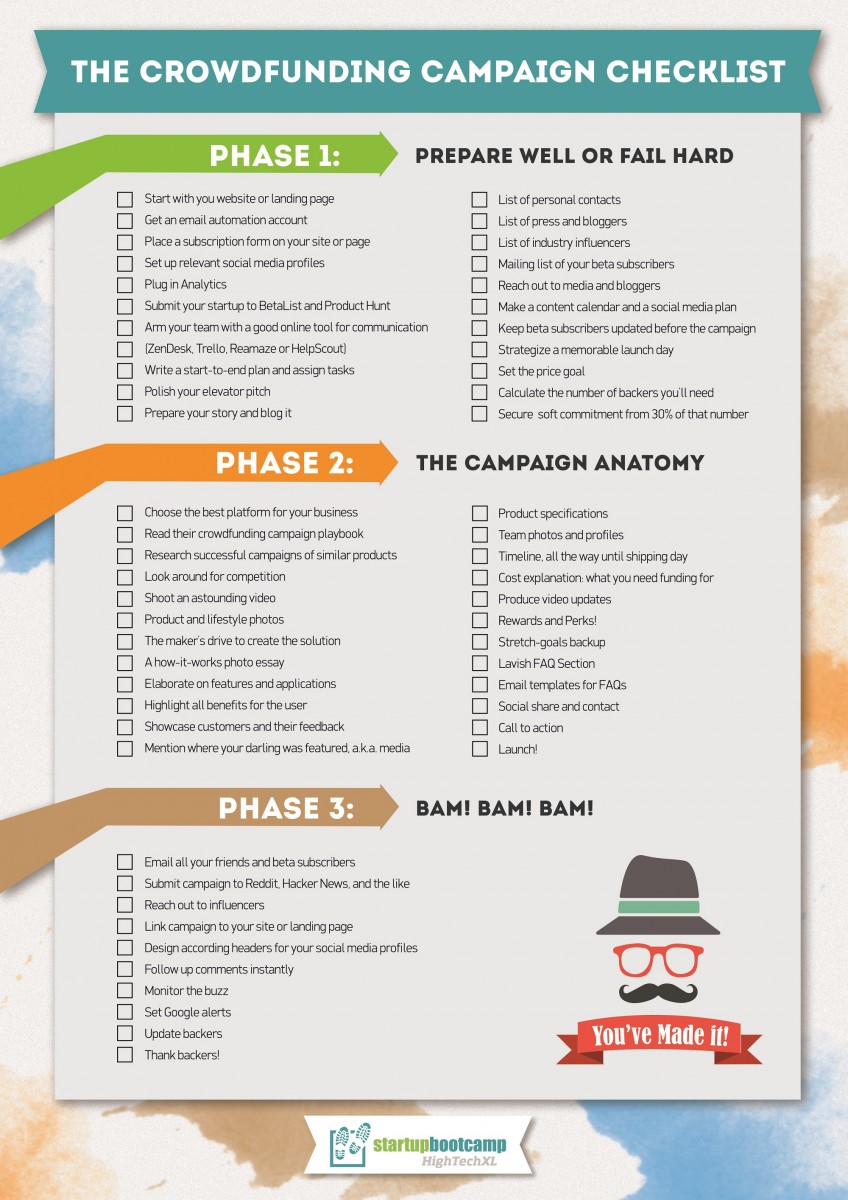 So, this should keep you busy. It’s a long list, hm? Well, no one said a crowdfunding campaign was a piece of pie.

If you have questions about any of these items, we’d gladly help you out. Just reach out to @sbcHighTechXL. Cheers, Sophia.