The Search for Brilliant Teams 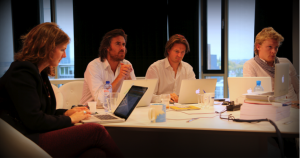 “OK guys. Who are you and what challenge have you solved?”. It’s 9 am on a chilly but bright morning in the heart of Amsterdam. Patrick de Zeeuw, Co-Founder of Startupbootcamp Amsterdam kicks off the second in a series of Open Pitch Days. More than 15 hopefuls will pitch between now and 6 pm.

“We’re just a few days away from launching our 2013 Accelerator Program” says Patrick with wry smile. “We kick off in April next year. But the search for world-class brilliance has already begun.”

Startupbootcamp Amsterdam is part of the Global Accelerator Network. Their program is based on the top-level TechStars program now running in 6 cities in the US, including New York, Seattle and Boston. But whereas the format is similar, much is adapted to take full advantage of local expertise. 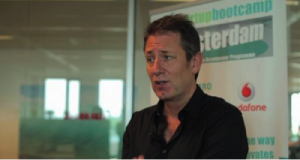 “The venture community in Europe, and the Netherlands in particular, has begun to see high quality accelerators as an effective filtering mechanism,” says Ruud Hendriks, co-founder of Startupbootcamp. “We’ve become a new college for entrepreneurs because we’re so selective on front end. Since November last year we’ve seen more than 500 serious applications to join our 90 day program. And that’s just in Amsterdam. We select the 10 best teams who deserve to be accelerated”.

“The biggest value of Startupbootcamp has been the quality of the network. We’ve been astonished at the high standard of expertise from local mentors. And we’ve been able to tap into international talent from colleague teams running programs in Copenhagen, Berlin, Dublin and Haifa.”

“No program is ever the same” adds Patrick. “That’s because no team is ever the same. As well as evaluating the teams as they progress through the program, we’re also highly critical of ourselves. In 2013 we’re putting even more emphasis on the complementary expertise, to a point where we believe that successful teams need a minimum of three founders to take full advantage of the program. We’ve also been talking to this year’s alumni as they move towards Series A funding. We share their experiences with the 2013 applicants. Because preparation is the key to success.”

“Applications for the 2013 program open on November 1st 2012. Our website explains in detail what tech-startups can expect from us and how we’re selecting participants. We’ll also have one more open pitching day on November 19th, either in person or via Skype.”